Sherpa guides have packed up their tents and left Mount Everest’s base camp in Nepal in a walkout to honour 16 of their colleagues who were killed last week in the deadliest avalanche ever recorded on the mountain.

Most attempts to reach Everest’s summit are made in mid-May, when weather is most favourable, but expedition companies already have started cancelling their climbs for the season following Friday’s tragedy.

Thirteen bodies were recovered after the avalanche and three sherpas still missing are presumed dead.

“It is just impossible for many of us to continue climbing while there are three of our friends buried in the snow,” said Dorje Sherpa, an experienced Everest guide from the tiny Himalayan community that has become famous for its high-altitude skills and endurance.

“I can’t imagine stepping over them.”

Dorje Sherpa was refereeing to the three missing sherpa guides, according to AP news agency.

It was not clear whether all of the approximately 400 Sherpas on the mountain would join the boycott.

Tusli Gurung, a guide who was at the base camp on Wednesday, estimated that nearly half the Sherpas had already left.

The disaster has reignited debate over the risks the Sherpas take on Everest.

Immediately after the avalanche, the government said it would pay the families of each Sherpa who died 40,000 rupees, or about $415.

But the Sherpas said they deserved far more – including more insurance money, more financial aid for the victims’ families and new regulations to ensure climbers’ rights.

Nepal’s government offered include a relief fund to help Sherpas injured in mountaineering accidents and the families of those killed, and to pay for rescue during accidents on the mountain.

The insurance payout for those killed on the mountain will also be doubled to $15,620 , the Ministry of Tourism said – less than the Sherpas’ demand for $20,800.

The Nepal National Mountain Guide Association will try to negotiate with the sherpas and the government because a total boycott would harm Nepal’s mountaineering in the long term, the group’s general secretary, Sherpa Pasang, said. 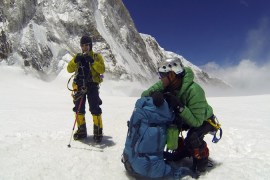 Deaths of 13 Sherpas in Nepal has shone a light on dangerous working conditions in the Everest-climbing industry. 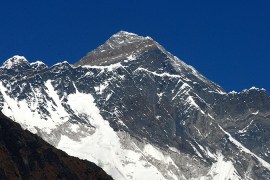 Several others missing in worst ever accident to hit the world’s highest peak.