The US Senate has confirmed Janet Yellen as the first woman to lead the Federal Reserve.

The Senate voted 56-26 to approve the nomination on Monday, with several senators absent due to flight delays caused by severely cold weather. .

Yellen, 67, is known as an advocate of fighting unemployment and a backer of the central bank’s efforts to spur the economy with low interest rates and massive bond purchases.

She will replace Ben Bernanke, who is stepping down after serving as chairman for eight years that included the Great Recession and the Fed’s efforts to combat it.

Vice chair of the Fed since 2010, Yellen will begin her four-year term as leader of the century-old bank on February 1.

President Barack Obama hailed the confirmation of Yellen, saying she will be a “fierce champion” for the American people.

He said Yellen will “stand up for American workers, protect consumers, foster the stability of our financial system, and help keep our economy growing for years to come”. 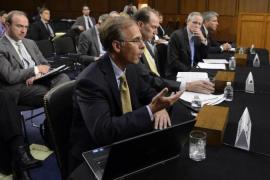 What are politicians doing to the US economy?

As brinkmanship on Capitol Hill takes the country closer to the edge, we examine the local and global consequences. 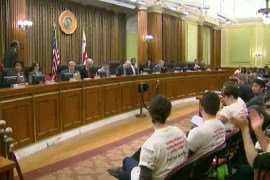 Politicians are increasingly speaking out about income inequality, but experts say agreed pay hikes are not enough.