Shinzo Abe, Japanese prime minister, is travelling to Myanmar on the first visit to the country by a Japanese leader in 36 years, as Japan attempts to reassert its position as a top economic partner after decades of poor relations with the previous military regime.

Travelling with a delegation of business leaders, Abe was to arrive in Yangon on Friday evening for a three-day trip, and will meet President Thein Sein on Sunday in Naypyitaw, officials from his office said.

The Japanese business community views Abe’s visit as a sign of reinvigorating ties.

The last Japanese premier to visit Myanmar was Takeo Fukuda in 1977 during the Socialist regime of the late ruler, General Ne Win.

“Japan will cooperate in Myanmar’s reforms with both public- and private-sector assistance,” Abe said before departure, according to Kyodo News agency.

Abe will also meet Aung San Suu Kyi, Myanmar’s democracy icon and politician, whom he met during her visit to Japan in April.

Japanese companies are eager to invest in Myanmar after it started to open up when Thein Sein took office in 2011.

With the US and European Union relaxing sanctions, Japan has moved quickly to capitalise on Myanmar’s resources and its new economic environment without sanctions.

At least 35 Japanese investment projects are under way in Myanmar, the biggest being plans to develop the 2,400 hectare Thilawa Special Economic Zone near Yangon Zone led by trading companies Mitsubishi Corp, Marubeni Corp. and Sumitomo Corp.

Abe is scheduled to sign agreements to provide Japanese grant money for human resources development and to extend the first Japanese government loan to the impoverished but resource-rich country since it cancelled $3.58bn in debt in January.

Japan had close ties with Myanmar before the junta took power in 1988, prompting Japan to suspend grants for major projects.

Although it scaled back most business activity and cut government aid when the US and other Western nations imposed sanctions in 2003 after the military regime put Aung San Suu Kyi under house arrest, Japan did not impose sanctions on Myanmar.

But with no major development grants or Japanese loans, major Japanese corporations maintained branch offices in Myanmar with minimal business operations during the previous regime, while neighbouring China gradually became Myanmar’s major trade partner and investor after Thailand and Singapore.

Japan’s investments and involvement lag far behind those of China and India, but that is fast changing after the country forgave about half of Myanmar’s more than $6bn in debt.

As of late February, Japan was the 11th largest investor in Myanmar, with $270m in overall investments, way behind the $14.2bn committed by China and $9.6bn by Thailand, the top two sources with 33 percent and 23 percent respectively of total foreign direct investment. 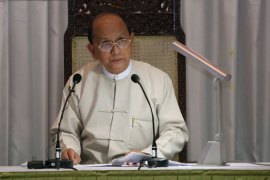 Myanmar community in US hopes for change

Myanmar’s president is visiting the United States for the first time in nearly half a century. 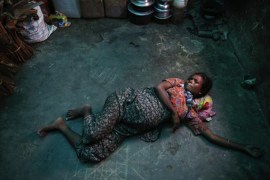 Rights groups say the Rohingya in predominantly Buddhist Myanmar face some of the worst discrimination in the world. 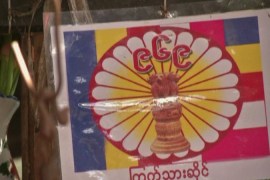 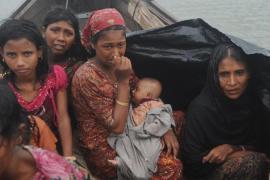