The eurozone’s economy has marked its longest recession on record after new figures showed it contracted for the sixth straight quarter.

Falling output from France to Finland meant that the 17-nation economy shrunk 0.2 percent in the January to March period, its longest recession since records began in 1995, the EU’s statistics office Eurostat said on Wednesday.

Figures from the INSEE (National Institute of Statistics and Economic Studies) statistics agency issued on Wednesday showed that Germany, which generates almost a third of the eurozone’s economic output, unexpectedly recorded only 0.1 percent growth, barely skirting the recession that France succumbed to.

French President Francois Hollande confirmed that the eurozone’s second biggest economy had entered its first recession in four years in the first quarter of the year as the economy contracted by 0.2 percent.

“It is likely that there will be zero growth in 2013,” Hollande said in Brussels on Wednesday.

Hollande said France had come through the worst and that the confirmation of recession for his country was the announcement of something that had already happened, not something about to take place.

The gross domestic product (GDP) contracted because of weak exports, investment and household spending, after shrinking the same amount in the last quarter of 2012.

Two consecutive quarters of contracting GDP are indicative of an economy in recession.

Hollande said that the recession across the eurozone, home to about 340 million citizens and the biggest tariff-free market outside the US, could be explained by “the accumulation of austerity politics”.

He also blamed a “lack of liquidity” within the banking sector in some countries and a consequent loss of confidence at large.

The bleak figures highlighted the devastating impact of the eurozone’s debt and banking crisis, which has driven unemployment to a record 19 million people.

The bloc’s recession is now longer than the five quarters of contraction that followed the global financial crisis in 2008 and 2009, and dampens optimism of a quick recovery.

The economy also shrank for the quarter in Finland, Cyprus, Italy, the Netherlands, Portugal and Greece.

Italy, the eurozone’s third largest economy, reported its seventh consecutive quarter of decline, the longest since records began in 1970.

Jose Manuel Barroso, European Commission president, said before he met Hollande on Wednesday that France needed to present a credible programme of structural reforms after the commission offered France two extra years to bring its public deficit in line with an EU limit of 3 percent of GDP.

Official data also published on Wednesday showed Germany’s GDP grew by just 0.1 percent in the period from January to March after a brief and sharp contraction of 0.7 percent in the fourth quarter, the federal statistics office Destatis calculated in a preliminary estimate.

The number fell short of analysts’ expectations for slightly stronger growth of 0.3 percent in the first quarter.

He said the recent deal for wage increases for IG Metall, the metal workers union, could be the silver lining as it might encourage more spending among the workers, which in turn can benefit the economy.

Our correspondent said the latest economic split between France and Germany was reflective of the political differences between the two countries in terms of austerity measures, which Hollande adopted, and that growth was only expected to return to Europe in 2014. 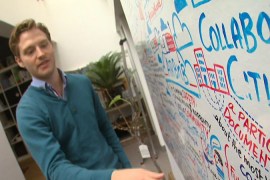 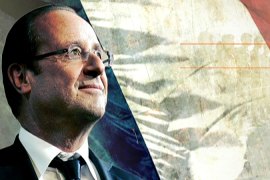 French voters lash out at Hollande

One year into his presidency, many voters say Francois Hollande is not living up to promises. 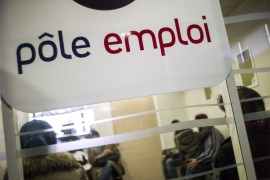 About 3.2 million people were out of work in March, beating the previous all-time record set in 1997. 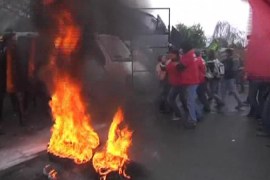 Struggle of Dunlop and Goodyear offers insight into how industrial regions across the country are coping.