More than 1,900 species of insects are eaten around the world, mainly in Africa and Asia, but people in the West generally turn their noses up at the likes of grasshoppers, termites and other crunchy fare.

The authors of the study, which was published on Monday, by the Forestry Department, part of the UN Food and Agriculture Organisation (FAO), said many insects contained the same amount of protein and minerals as meat and more healthy fats doctors recommend in balanced diets.

Al Jazeera’s Jessica Baldwin, reporting from London, said that there is no shortage in supply as there are 1,900 edible insect species on the planet, 40 tonnes of insects to every human.

“But it’s not for everyone. Getting over people’s squeamishness the UN admits will be a big challenge,” she said.

Eva Muller of the FAO said restaurants in Europe were starting to offer insect-based dishes, presenting them to diners as exotic delicacies.

As well as helping in the costly battle against obesity, which the World Health Organisation estimates has nearly doubled since 1980 and affects around 500 million people, the report said insect farming was likely to be less lan -dependent than traditional livestock and produce fewer greenhouse gases.

It would also provide business and export opportunities for poor people in developing countries, especially women, who are often responsible for collecting insects in rural communities. 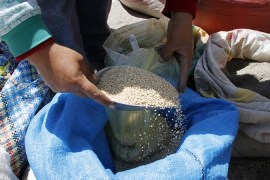 Hunger Games: The price of feeding the world

Have banks been speculating on food markets and could this contribute to pushing millions into hunger and poverty? 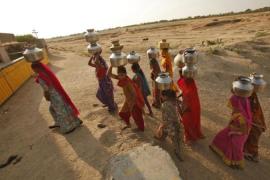 The world does not lack the knowledge about how to build a water-secure future – but “lacks the political will”. 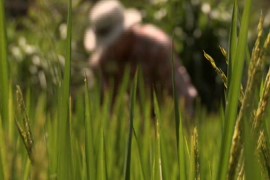