The US labour market was far weaker than expected in March, with the economy adding only 88,000 jobs, a third of the number added in February, according to the latest official data.

Job creation slumped to its weakest level since June 2012, and was well below the 192,000 jobs that analysts had expected. The total number of unemployed persons was little changed at 11.7m.

The unemployment rate dipped to 7.6 percent from 7.7 percent in February as more people dropped out of the workforce, the Labour Department reported on Friday.

Al Jazeera’s Alan Fisher, reporting from Washington DC, said the US had experienced 30 months of adding jobs, but the latest jobs figures would undoubtedly cause concern for President Barack Obama and his new Treasury team.

He said the administration had given warning that budget cuts could have an impact on employment.

“The number of jobs that are created in the government sector … have dropped substantially: 22,000 jobs lost there in the last month or so,” he said.

The March jobless rate was the lowest since December 2008. Most analysts had expected it would hold unchanged at 7.7 percent.

The private sector, which has been the sole jobs engine amid strained government budgets, added only 95,000 jobs last month, down from 254,000 in February. Federal, state and local governments shed 7,000 jobs.

The participation rate, a measure of the number of people employed or actively seeking work, fell by 0.2 to 63.3 percent, its weakest level since 1979.

The decline reflected the lingering sluggishness in the labor market almost four years after the Great Recession ended.

The tepid economy, which grew a mere 0.4 percent in the 2012 fourth quarter, is too weak to generate a significant turnaround in the employment market.

Businesses appeared reluctant to hire in the face of sluggish growth and after the federal government’s $85bn a month “sequester” spending cuts kicked in on March 1.

The sharp spending cuts through September, a result of political gridlock in Washington on budget deficit reduction, were expected to shave at least a half percentage point off economic growth.

Al Jazeera’s Fisher said the tax benefit that people got in their pay disappeared at the start of the year, which meant people would have less money to spend and that impacted on the retail sector.

“If there is one bright spot in this jobs report, it’s that the construction sector is adding jobs,” he said.

“That means that people are building houses; the housing market is recovering.” 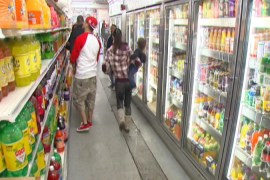 Millions still mired in poverty in US

Despite signs of an economic recovery, many Americans still rely on the government to put food on their tables. 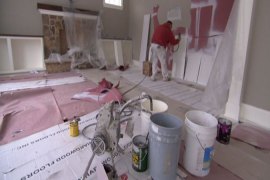 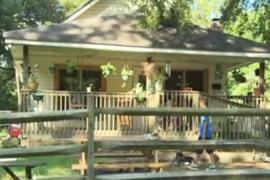 The Sanchez house, bought 12 years ago through a Bank of America mortgage, is highly vulnerable to foreclosure. 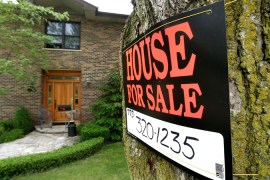 Can the US’ housing woes be fixed?