The official decree published on Saturday said that the bank would give depositors shares worth 37.5 percent of savings of more than 100,000 euros.

Banking and finance ministry officials say that a further 22.5 percent will be held until authorities know they can satisfy the terms of the bailout.

Under the first eurozone rescue package to punish savers, Cyprus can only qualify for the 10bn-euro ($13bn) loan by finding 5.8bn euros ($7bn) of its own.

“There will be a 37.5 percent “haircut” on deposits over 100,000 euros that will be converted into shares,” Marios Mavrides, a politician from the conservative political party of President Nicos Anastasiades, announced.

“Then 22.5 percent will be held from the account for about two or three months, but this sum might be lower if a bigger haircut is needed.”

The remaining 40 percent would be held for six months to prevent the east Mediterranean island’s banks being drained.

Mario Skandalis, a senior Bank of Cyprus official, confirmed the figures, although he said they had not been finalised.

He said a final announcement was expected by Monday.

Asked whether the loss rate could be as high as 60 percent he told AFP news agency: “It could be a possibility but I would say it is a remote possibility.”

The size of the levies will be a further blow to Cypriots and foreign investors with large sums in the island’s offshore banking sector.

Bank of Cyprus is set to absorb what is salvaged from the nation’s second largest lender Laiki under the deal, while the rest of it will be wound up with the loss of thousands of jobs.

There is no sign for now that ordinary customers in other struggling eurozone countries like Greece, Italy or Spain are taking fright at the precedent set by the bailout.

Meanwhile, a panel appointed by Anastasiades will investigate a list published by Greek media of Cypriot politicians who allegedly had loans forgiven during the meltdown, Ionas Nicolaou, justice minister, said.

The president will swear in the commission of three supreme court judges on Tuesday with a deadline of three months to report back, Nicolaou said.

A committee of politicians will also look at the claims.

Newspapers in Greece said the Bank of Cyprus, Laiki and Hellenic Bank reportedly forgave millions of euros in loans over the past five years to politicians, companies and local authorities.

The news came after the central bank lifted all limits on domestic card payments on Friday. 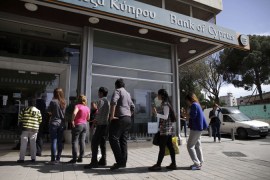 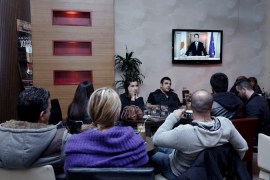 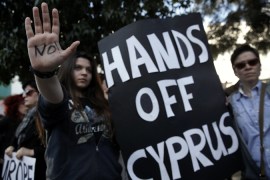 As Cyprus braces for debt-crisis fallout, a stricken family waits uneasily to see how the tumultuous situation unfolds. 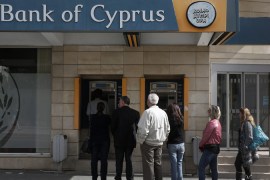