The head of Mexico’s powerful teachers’ union has been arrested at an airport outside Mexico City on suspicion of embezzling the union’s funds.

Attorney General Jesus Murillo Karam said that Elba Esther Gordillo, who has led the 1.5 million-member National Union of Education Worker for 23 years, was detained in Toluca on Tuesday on charges that she embezzled about $160m from union funds.

Her arrest comes a day after President Enrique Pena Nieto signed Mexico’s most sweeping education reform in seven decades into law, seeking to change a system in which teaching positions could be sold or inherited, and no official census of schools, teachers and students was ever carried out.

Gordillo was seen controlling the union and much of Mexico’s education system like her personal fiefdom.

The overhaul was Pena Nieto’s first major proposal since taking office December 1 and was considered a political blow to Gordillo, who has played the role of kingmaker for many Mexican politicians.

The plan moves much of the control of the education system to the federal government from the teachers’ union.

Gordillo was elected to another six-year term as union leader in October. She was the only candidate and there was not a single dissenting vote.

For years, she has beaten back attacks from union dissidents, political foes and journalists who have seen her as a symbol of Mexico’s corrupt, old-style politics. Rivals have accused her of corruption, misuse of union funds and even a murder, but prosecutors who investigated never brought a charge against her.

She was expelled from Pena Nieto’s Institutional Revolutionary Party in 2006 for supporting other parties’ candidates and the formation of her own New Alliance party.

The longtime head of Mexico’s powerful oil workers union, Hernandez Galicia, was arrested during the first months of the new administration of then-President Carlos Salinas.

Like Gordillo, Hernandez Galicia’s power was believed to represent a challenge to the president, and his arrest was interpreted as an assertion of the president’s authority.

He was freed from prison after Salinas de Gortari left office.

In 1988, he criticised Salinas’ presidential candidacy and threatened an oil workers’ strike if Salinas privatised any part of the government oil monopoly, Petroleos Mexicanos, or Pemex.

On January 10, 1989 – about a month after Salinas took office – soldiers used a bazooka to blow down the door of Hernandez’ home in the Gulf Coast city of Ciudad Madero. 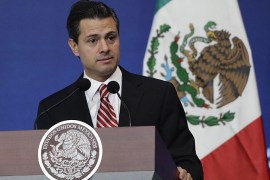 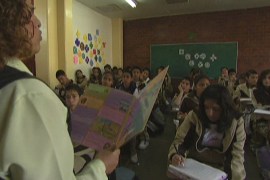 Mexico school reform has unions up in arms 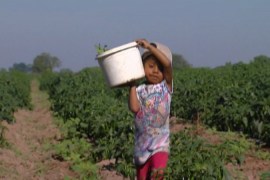