Nelson Mandela’s condition is “very critical” and “anything is imminent”, his daughter Makaziwe Mandela has said.

“I can reiterate that Tata [father] is very critical, that anything is imminent, but I want to emphasise again that it is only God who knows when the time to go is,” she told broadcaster SAFM on Thursday.

She said Mandela was responding to touch.

“I won’t lie, it doesn’t look good. But as I say, if we speak to him, he responds and tries to open his eyes. He’s still there. He might be waning off, but he’s still there,” she said.

“I think for us, as his children and grandchildren, we still have this hope because when you talk to him he will flutter and try and open his eyes.”

Makaziwe, Mandela’s eldest daughter, also lambasted foreign media for violating her father’s privacy, in an outburst in which she described journalists camping outside family homes and trying to gain access to the hospital as “vultures.”

“It’s truly like vultures waiting when the lion has devoured the buffalo, waiting there for the last of the carcass. That’s
the image we have as a family,” she said.

Also on Thursday, President Jacob Zuma’s office released a statement saying Mandela’s condition had improved during the night, and criticising some media reports for giving out confidential information about the former president’s condition.

One granddaughter, Ndileka, described him as “stable” and thanked well-wishers from around the world for their support.

Zuma said he had cancelled a planned daytrip on Thursday to Mozambique, where he was to attend a regional summit.

“I cancelled my visit to Mozambique today so that I can see him and confer with the doctors. He is much better today than he was when I saw him last night,” he said.

“The medical team continues to do a sterling job. We must pray for Tata’s health and wish him well. We must also continue with our work and daily activities while Madiba remains hospitalised.”

The president “was briefed by the doctors who are still doing everything they can to ensure his well-being,” a government spokesman said.

Mac Maharaj, the presidential spokesman, declined to comment on media reports that Mandela was on life support systems in the Pretoria hospital where he was taken on June 8.

“I cannot comment on the clinical details of these reports because that would breach the confidentiality of the doctor/patient relationship,” Maharaj said in an interview with South Africa’s Radio 702.

Al Jazeera’s Peter Greste said that several thousand people had brought candles and prayed together for Mandela outside the hospital in Pretoria.

Mandela, who became South Africa’s first black president after the end of apartheid in 1994, was admitted to hospital for what the government said was a recurring lung infection.

This is his fourth admission to hospital since December last year. 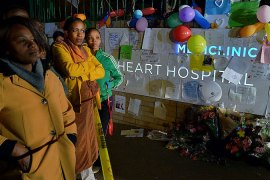 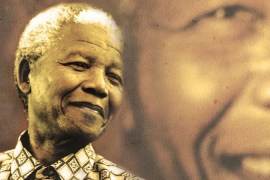 Mandela was a visionary freedom fighter who knew how to inspire supporters and enemies alike.