Unemployment rose to a record high of 12 percent in February in the Eurozone, according to the latest data released by the EU’s official statistics agency.

The Belgium-based Eurostat said on Tuesday that some 19.07 million people in the 17-member currency bloc are looking for jobs, up by 1.01 percent from the same month last year.

“Such unacceptably high levels of unemployment are a tragedy for Europe,”said a spokeswoman for EU Employment Commissioner Laszlo Andor. “The EU has to mobilise all available resources to create jobs…young people in particular need help,” she said.

The figures and a weak manufacturing sector report added to the gloom after data earlier this year had encouraged some hope the European economy might finally have touched bottom.

Analysts suggested Tuesday’s reports pointed instead to worse to come, with the jobless queues likely to grow as the debt crisis continues to sap the economy.

The highest unemployment rates in February were found in Spain with 26.3 percent and neighbour Portugal, on 17.5 percent.

Greece was put at it 26.4 percent but this figure is for December, the latest available.

The lowest rates were 4.8 percent in Austria and 5.4 percent in Germany, Europe’s biggest economy.

Among the countries with the highest youth jobless levels, Spain was on 55.7 percent, followed by Portugal on 38.2 percent and Italy with 37.8 percent.

Greece was the highest with 58.4 percent but this was also for December. 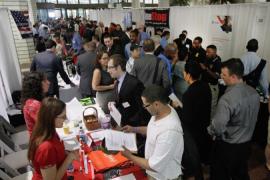 Germany has an explicit policy of pushing employers toward shortening work hours rather than laying-off workers. 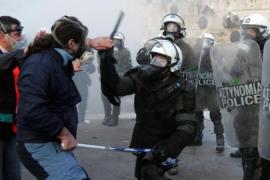 The continent’s leaders must learn from the economic and cultural security of the EU’s first visionaries. 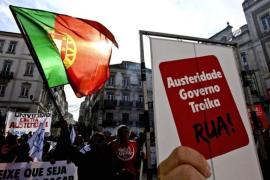 Fighting back against the eurozone tyrants

Crisis countries in Europe must find more ways to tilt the market to produce more favourable outcomes for workers.