Barclays chief executive Bob Diamond has resigned from the UK-based financial services giant amid an interest rate-fixing scandal that some believe could be a watershed moment for Britain’s banking system.

In a statement released by the company on Tuesday, Diamond said he chose to leave because “external pressure” on Barclays had “reached a level that risks damaging the franchise”.

The bank said that chairman Marcus Agius, who submitted his own resignation on Monday, would return to his role and lead the search for Diamond’s replacement.

Barclays’ management has come under fire since the bank was fined $453 million last week by regulators in Britain and the United States for submitting false reports on interbank borrowing rates between 2005 and 2009.

Much of that activity originated from traders in Barclays Capital, the investment division Diamond led at the time.

Diamond will appear before a parliament committee on Wednesday to answer questions about the scandal, and Agius will be questioned on Thursday.

The government has come under increasing pressure to take a closer look at the bank sector, which has felt the force of public anger since taxpayers bailed out several banks during the financial crisis that spanned from 2008 to 2009.

David Cameron, the UK prime minister, said Britain’s parliament will launch a probe into the scandal, which involved Barclays traders lying about the interest rates other banks were charging for loans.

Barclays admitted that some of its traders attempted to manipulate the setting of the London interbank offered rate, or Libor, which is used worldwide as a benchmark for setting prices on about $350 trillion worth of derivatives and other financial products.

“I want to establish a full parliamentary inquiry involving both houses, chaired by the chairman of the Commons Treasury Select Committee,” Cameron told parliament on Monday.

The UK prime minister said people “want to see bankers who acted improperly punished, and they want to know we will learn the broader lessons of what happened in this particular scandal”.

“This committee will be able to take evidence under oath, it will have full access to papers and officials and ministers
including ministers and special advisers from the last government.”

Britain’s Serious Fraud Office said on Monday it is considering whether it was “both appropriate and possible to bring criminal prosecutions” over the issue, adding that it hoped to come to a conclusion within a month.

The parliamentary inquiry should report on its findings by the end of this year to allow the government to change laws and prevent a repeat of the interest rate fixing scandal, George Osborne, British finance minister, said.

Martin Wheatley, the chief executive-designate of the Financial Conduct Authority, would review what reforms are
required, Osborne said.

It emerged on Sunday that the Royal Bank of Scotland had sacked four traders over their alleged involvement in the rate-fixing affair, raising suspicions that the practice was widespread.

Extracts from a Financial Services Authority report released on Wednesday showed that Barclays staff mistakenly believed the Bank of England had encouraged them to manipulate the rate, according to the Press Association, Britain’s domestic news agency.

Cameron had earlier vowed not to let possible fines end up being used by the bank to reduce its annual tax bill. 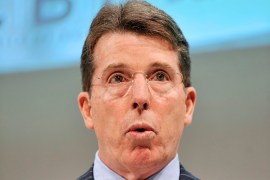 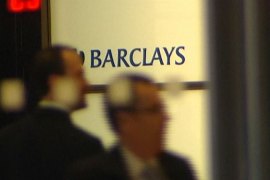 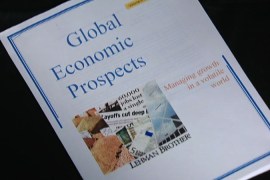 In its latest Global Economic Prospects report, the bank warns of weak global growth due to Europe’s debt crisis.