Mongolia’s economy is the fastest growing in the world, but despite an incredible wealth of minerals, there is seething resentment over a belief that foreign mining companies and government leaders are the only ones benefitting from the boom.

Mongolian miners say they are being unfairly treated because they are not allowed to work in the big mines. They claim hte foreign companies that run them often use only workers from their own country, and that when they do hire Mongolians, they mistreat them and pay them far less. 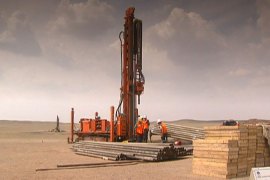 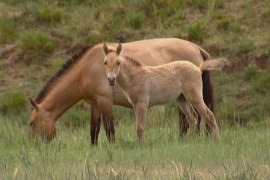 Conservationists move to save the ancient Takhi, which is on the brink of extinction due to hunting.