Italian prime minister Mario Monti has warned of apocalyptic consequences if there is a failure to tackle the continent’s economic problems at a summit of EU leaders next week.

Monti said that there was just one week to save the eurozone as the leaders of Germany, France, Italy and Spain met in Rome on Friday to find a way to pull Europe out of its crippling debt crisis.

German Chancellor Angela Merkel, along with French President Francois Hollande, Spanish Prime Minister Mariano Rajoy and host Monti held talks at a villa in the Italian capital to push for consensus and give momentum to the crucial summit of EU leaders in Brussels on June 28 and 29.

The leaders of the eurozone’s four biggest nations agreed to a package to boost economic output by one per cent.

Merkel had been facing mounting pressure to give ground on key proposals to kickstart the region’s economy.

Al Jazeera’s Harry Smith, reporting from Rome, said: “These four leaders [of Germany, France, Italy, and Spain] will take their recommendations from today’s meeting to a full summit that will be held in Brussels next Thursday and Friday.

“It’s highly unlikely you’ll see all the other leaders of the European Union in quite as much agreement as we saw between these four today.”

In an interview with five European newspapers published on Friday, Monti warned of severe consequences for the 17 countries that use the euro and the world economy if next week’s summit fails.

“A large part of Europe would find itself having to continue to put up with very high interest rates, that would then impact on the states, and also indirectly on firms,” Monti said.

“This is the direct opposite of what is needed for economic growth.”

Without a successful outcome at the summit “there will be progressively greater speculative attacks on individual countries, with harassment of the weaker countries”.

The Rome meeting caps an intense week for Europe, in which markets have been roiled on fears that the region’s governments will not come up with adequate measures to fight the debt crisis and that Spain and Italy might soon need bailouts that the rest of the eurozone could not afford.

There are worldwide fears that an economic break-up in Europe, a substantial trading partner with the rest of the world, could drag down the entire global economy.

At a meeting of eurozone finance ministers in Luxembourg on Thursday night, the head of the International Monetary Fund (IMF) warned that the euro was under “acute stress” and urged leaders to consider measures, including jointly issuing debt, to alleviate the pressure on the region’s debt-stricken members.

Christine Lagarde said: “We are clearly seeing additional tension and acute stress applying to both banks and sovereigns in the euro area.”

Berlin has strenuously opposed the issue of joint debt, or eurobonds, because, while it would immediately ease pressure on countries like Spain, German taxpayers would be put on the hook for foreign debts and Germany’s cost of borrowing would increase.

Asked in Luxembourg what Germany would think of her suggestions, Lagarde smiled and said: “We hope wisdom will prevail.”

A growing number of international leaders have called on Merkel and the eurozone to find quickly a comprehensive solution to the debt crisis rather than continuing to take piecemeal measures that provide only temporary relief.

At this week’s G-20 summit of world economic powers in Los Cabos, Mexico, politicians, including US President Barack Obama, called on Europe to do what was necessary.

Lipton said: “The markets are beginning to question the viability of the European monetary union itself.

“It’s very important that eurozone countries address the long-run question: Where is the architecture of the European monetary union going?”

Borrowing costs for Spanish debt have skyrocketed after its government acknowledged that its banks would need a bailout.

Monti, meanwhile, has insisted Italy, the eurozone’s third-largest economy, needs no assistance of any kind.

However, markets are worried that should the Italian economy slow down any further, it would not be able to maintain its massive debt burden on its own.

Among the ideas believed to have been discussed at the Rome meeting is a proposal by Monti to use Europe’s emergency bailout fund to buy up countries’ debt on the open market.

This would bring down borrowing costs for countries like Spain and Italy.

Other items on the agenda were to have been plans to develop cross-border banking supervision and a possible tax on financial transactions, a government source said on condition of anonymity, because the issues are in flux.

Monti is positioning himself as a mediator between Merkel, who insists that countries need to maintain tight fiscal discipline to recover, and recently elected Hollande, who argues that measures to encourage growth should be used alongside austerity measures.

Merkel’s government has agreed to press for the introduction of a financial transaction tax among at least nine countries in Europe, a pledge that Germany’s opposition extracted in exchange for its support in a parliamentary vote next week on her cherished budget-discipline pact.

Merkel’s centre-right government also has blocked opposition calls to accept a so-called European debt redemption fund, sticking to its vehement resistance to any form of pooling debt among eurozone countries.

Monti, who is not in favour of the tax, may go along for concessions in other areas, the government source in Rome said. 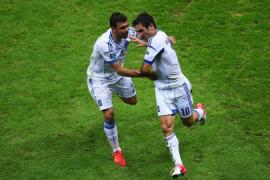 Greece are no Euro joke

Despite struggling to stay in the Eurozone, Greece’s stock is rising in Euro 2012 after qualifying from group stages. 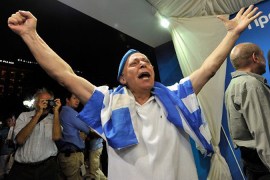 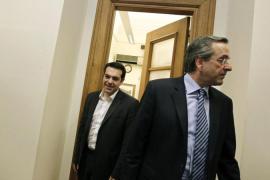 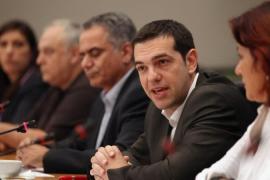 Against all odds: Democracy vs technocrats in Greece

The real importance of the Greek elections is not which party wins, but whether the elected will defeat the unelected.