Struggling US internet giant Yahoo has agreed to sell its stake in Alibaba, China’s top e-commerce player, for at least $7.1bn.

The transaction, agreed after months of protacted negotations, will be carried out in stages, the companies announced late on Sunday.

According to the announcement, the first step calls for a repurchase by Alibaba of up to half of Yahoo’s stake, or approximately 20 per cent of Alibaba’s shares.

“Today’s agreement provides clarity for our shareholders on a substantial component of Yahoo’s value and reaffirms the significance of our relationship with Alibaba,” said Ross Levinsohn, Yahoo’s interim chief executive.

“We look forward to continued collaboration with the Alibaba team on business initiatives as we explore joint opportunities for growth and benefit from Alibaba’s future.”

The agreement includes substantial financial incentives for Alibaba to raise equity at a valuation higher than $35bn.

Yahoo would receive from Alibaba approximately $7.1bn, composed of at least $6.3bn in cash proceeds and up to $800m in newly-issued Alibaba preferred stock, the firms said in a statement.

The agreement also establishes a framework for Yahoo to sell its remaining interest in Alibaba.

First, at the time of an initial public offering (IPO) of Alibaba in the future, Alibaba would be required either to repurchase one-quarter of Yahoo!’s current stake at the IPO price or allow Yahoo to sell those shares in the IPO, according to the agreement.

Following the IPO, Yahoo would have the right to dispose of its remaining shares at times of its choosing.

Alibaba’s leadership said it was positive about “doors the relationship could open”.

“This transaction opens a new chapter in our relationship with Yahoo,” said Jack Ma, chairman and chief executive of Alibaba Group.

Cashing out the company’s share of Alibaba had been part of a turnaround plan by Yahoo former chief executive Scott Thompson who was forced to quit the company this month over allegations of falsifying his curriculum vitae. 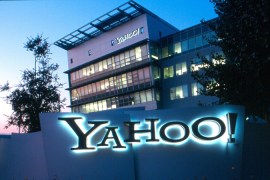 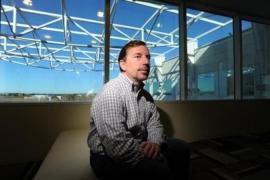 Ross Levinsohn will temporarily replace Scott Thompson, who stepped down over controversy about allegedly inflated CV.

US-based internet company announces sixth mass layoff in the past four years, representing 14 per cent of its workforce. 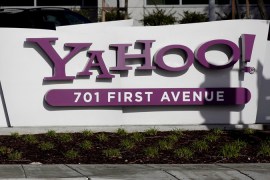 Social networking giant accused of infringing on patents in areas including advertising, privacy and messaging.