Ina Drew, JP Morgan Chase’s chief investment officer, has announced her retirement in the wake of the US bank’s $2bn loss on derivatives trades, with two more senior execuitves expected to quit the company.

Drew had repeatedly tendered her resignation since the extent of the loss became apparent in late April, but Jamie Dimon, the bank’s chief executive, had refused to accept it until now, according to reports.

The departure came as Dimon admitted that the stunning loss had jeopardised the bank’s credibility and given regulators a fresh opportunity to target Wall Street.

“Ina Drew has been a great partner over her many years with our firm,” Dimon said in a statement.

“Despite our recent losses in the CIO, Ina’s vast contributions to our company should not be overshadowed by these events.”

Al Jazeera’s Kristen Saloomey, reporting from New York, said that Drew’s departure was an effort by JPMorgan to limit the fallout ahead of a shareholders’ meeting on Tuesday.

“This is a woman who was considered one of the most powerful women in wall street. Someone who was a top earner for the company making 30m in the last two years,” she said.

London-based trader Bruno Michel Iksil, nicknamed “The London Whale” for the large positions he took in credit markets, is also likely to leave though it remains uncertain when he will do so, the Journal said.

The Wall Street boss has led US banks in fighting the proposed Volcker Rule, which would ban so-called proprietary trading, when banks trade on their own accounts. Banks are also resisting curbs on their hedging activities.

Dimon denied that the company’s hedging scheme – designed to lower investment risk, but which instead spectacularly backfired – had placed its future in doubt.

“It’s a question of size. This is not a risk that is life-threatening to JPMorgan,” said Dimon, who late on Thursday told analysts that the loss could increase to $3 billion through to the end of June due to market volatility.

“This is a stupid thing that we should never have done, but we’re still going to earn a lot of money this quarter. So, it isn’t like the company is jeopardised.”

The losses, however, could prompt unwanted ramifications.

“We hurt ourselves and our credibility yes, and we’ve got to fully expect and pay the price for that,” the JPMorgan chief added.

The losses were a humiliation for Dimon – one of the US financial industry’s biggest figures – and for the largest bank in the US, which was seen as having emerged from the 2008 crisis in better shape than many of its rivals.

Saloomey also said that JPMorgan’s crisis has reignited the debate in the US on regulating financial instutions.

“So this couldn’t have come at a worst time for JPMorgan Chase with the regulators in the US set to put the finishing touches on financial reforms in the coming months.

“Now we are hearing calls for new congressional hearings on what went wrong with JP and renewed calls for tougher regulation to prevent it from happening again and putting the US and world economy at risk.” 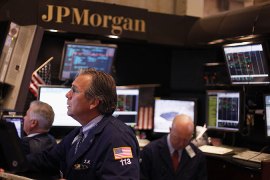 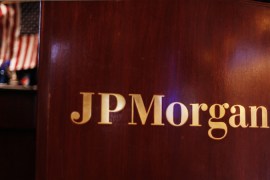 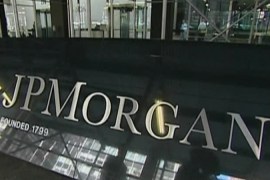