India’s economy is showing signs of a turnaround after months of slowdown, the country’s finance minister has said while presenting the federal budget for the coming financial year to the parliament.

The finance minister in his budget speech also proposed to trim the government’s subsidy burden and called for speeding the pace of economic reforms, which have been stalled by political gridlock.

He said India would improve the quality of government spending by cutting subsidies to under 2 per cent of GDP and encouraging infrastructure investment.

Mukherjee said the country’s budget deficit would fall to 5.1 per cent of gross domestic product next fiscal year from 5.9 per cent this year.

The government has set a target of selling 300 billion rupees ($5.96bn) worth of stakes in state companies in the next fiscal year, roughly in line with forecasts.

India has raised just 139 billion rupees in the current fiscal year from stake sales, far below its budget target of 400 billion rupees.

“We have to accelerate the pace of reforms,” Mukherjee told parliament.

“He insisted that food inflation needed to be curbed and that the government would continue to subsidise food power and fuel.

“Fuel has been a big issue, the country saw 13 price increase in the last two years due to the areas and issues beyond India’s control. Price of food and oil have been fluctuating a great deal.”

India is under pressure to trim the country’s fiscal deficit amid cooling economic growth and a crisis of stability for the coalition government.

Al Jazeera’s Rahman said: “One of the big points he made was tax break for middle and lower income earners, allowing them to spend more money as the economy has been stagnant in the past few months.”

People who earn up to two lakh rupees have been exempted from income tax.

“The finance minister wants to kick start the economy, as growth only expected at 6.9 per cent during 2012, lower than expected,” the Al Jazeera correspondent said. 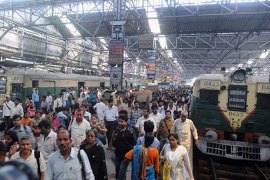 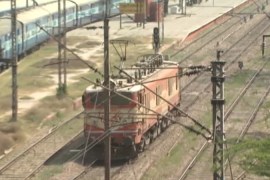