US President Barack Obama has tightened sanctions on Iran, including its central bank, seeking to increase pressure on the country’s economy as a nuclear showdown intensifies.

Obama signed an executive order on Sunday that implements parts of a new sanctions regime passed by Congress late last year, allowing US institutions to freeze all property and interests of the Iranian government.

The order took effect on Monday.

Obama’s decision comes amid high tensions with Iran, which has threatened to close the crucial Strait of Hormuz, a crucial oil and natural gas shipping lane from the Gulf. Israel has also suggested it may attack Iran’s nuclear sites soon, insisting that the government in Tehran is close to being able to build a nuclear weapon.

A spokesman for Iran’s foreign ministry said on Tuesday the measures would have no effect on the country because the central bank had no transactions with the US.

“Many of these (U.S.) activities are in the sphere of psychological war and propaganda, and they cannot affect our work,” said Ramin Mehmanparast.

“When they impose sanctions on our central bank even though we have no transactions with them, it shows … they think they are able to put pressure on our people, create concerns and social discontent.”

The executive order allows US institutions to freeze all property and interests of the Iranian government, the central bank of Iran and all Iranian financial institutions that come within US jurisdiction. Previously, US banks were required to reject and send back, rather than block and freeze, Iranian transactions.

In a letter to Congress, Obama said more sanctions were warranted, “particularly in light of the deceptive practices of the Central Bank of Iran and other Iranian banks”.

Obama said the problems included the hiding of transactions of sanctioned parties, the deficiencies of Iran’s anti-money laundering regime and the unacceptably high risk posed to the entire international financial system by Iran’s activities.

The measures, passed with wide majorities in Congress last year, also included a requirement for Obama to impose sanctions on foreign financial institutions that do business with the Iranian central bank or other finance firms.

However, Obama did not implement those sanctions on Monday.

The measures were designed to restrict Iran’s access to foreign finance and commerce and to cripple its lucrative oil and energy industry by effectively barring foreign firms that do business with Tehran from the US financial system.

Although Obama’s order did not implement them, the treasury department warned that firms doing business with Iran “remain at risk” of US punishments.

The president has the power to issue waivers to halt the impact of such sanctions, once they come into force, every 120 days.

Senior White House officials are currently studying the measures passed by Congress to find a way to implement them that maximises pain for Iran, but does not cause a huge jump in oil prices that could harm the fragile US economic recovery.

The stronger sanctions come as the White House tries to increase pressure on Iran to abandon its nuclear programme and dissuade Israel from launching a unilateral strike on Iran, a move that could ignite war in the Middle East and jolt the global economy.

Obama said on Sunday he did not believe Israel had yet decided whether to attack Iran and still believed a diplomatic solution was possible.

Iran insists that its nuclear pursuit is for peaceful purposes, but the West accuses Tehran of developing the know-how to build a nuclear bomb.

Leon Panetta, the US defence secretary, did not dispute last week a report that he believed Israel may attack Iran this spring in an attempt to set back the country’s suspected nuclear-weapons programme.

But the White House said on Monday that the timing of the stricter sanctions was unrelated to the prospect of an Israeli attack.

In an interview that aired on Monday, Obama said the US had a “very good estimate” of when Iran could complete work on a nuclear weapon, but cautioned that there were still many unanswered questions about Iran’s inner workings.

“Do we know all of the dynamics inside of Iran? Absolutely not,” Obama said during an interview with NBC that aired on the Today show.

“Iran itself is a lot more divided now than it was. Knowing who is making decisions at any given time inside of Iran is tough.”

Despite Obama’s insistence that diplomacy is the best course to pursue, he has long said all options are on the table, an allusion to military intervention. On Monday, he said the US had done extensive planning for that range of options. 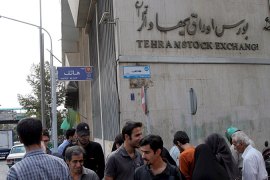 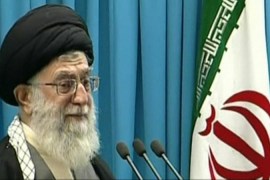