Europe’s biggest bank, HSBC, will pay $1.92bn to settle a money-laundering probe by authorities in the United States, the bank has confirmed.

The probe of the British bank has focused on the transfer of billions of dollars on behalf of nations like Iran, which are under international sanctions, and the transfer of money through the US financial system from Mexican drug cartels.

HSBC admitted to a breakdown of controls and apologised in a statement announcing it had reached a deferred-prosecution agreement with the US Department of Justice.

“We accept responsibility for our past mistakes. We have said we are profoundly sorry for them, and we do so again. The HSBC of today is a fundamentally different organisation from the one that made those mistakes,” said Stuart Gulliver, the bank’s chief executive, in a statement on Tuesday.

According to a law enforcement official, speaking on condition of anonymity, HSBC will pay $1.25bn in forfeiture and $655m in civil penalties. The $1.25bn figure is the largest forfeiture ever in a case involving a bank.

Under what is known as a deferred prosecution agreement, the financial institution will be accused of violating the Bank Secrecy Act and the Trading With the Enemy Act.

“It’s a huge slap on the wrist for HSBC, the biggest fine of its kind, and a warning to other banks that they can’t do the same,” Al Jazeera’s Alan Fisher, reporting from Washington, DC, said.

The London-based bank said it was co-operating with investigations but that those discussions are confidential.

US justice department officials are expected to detail the settlement later on Tuesday.

It said that it expected to also reach a settlement with British watchdog the Financial Services Authority.

‘Violating Trading with the Enemy Act’

In July, the US Senate Permanent Subcommittee on Investigations released a report saying HSBC allowed clients to move funds from Mexico, Iran, the Cayman Islands, Saudi Arabia and Syria.

The reported settlement would resolve investigations by the US justice and treasury departments and other federal agencies, as well as the Manhattan district attorney.

As part of the HSBC settlement deal, it will admit to violating the Bank Secrecy Act and the Trading with the Enemy Act, the Wall Street Journal said, citing a government official.

In early November, HSBC said it had increased the amount set aside for fines linked to money-laundering in the US to $1.5bn.

The report of the HSBC settlement came the same day the US Treasury announced that another British bank, Standard Chartered, would pay $327m to settle charges it violated US sanctions on Iran, Myanmar, Libya and Sudan.

For Standard Chartered, the fines from the Treasury and other US federal and local regulators brought to $667m the total it has been charged for sanctions violations. 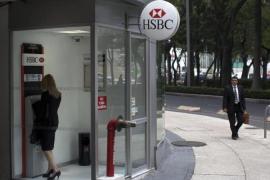 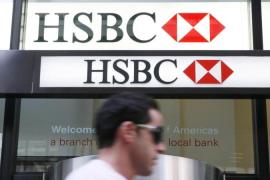 US senate probe has found that Europe’s largest bank had lax controls that allowed money laundering for seven years.