Greece’s international lenders have agreed to give the country two more years to make the cuts demanded of it, but the eurozone and IMF have clashed over a longer-term target date to shrink the country’s debt size.

Eurozone finance ministers gathered in Brussels did not disburse more aid on Monday to Greece and by granting a request for more time, face an extra funding bill of around 33bn euros, according to a document prepared for the meeting.

“The Eurogroup concludes that the revised fiscal targets as requested by the Greek government and reported by the troika would be an appropriate adjustment,” Jean-Claude Juncker, chairman of eurozone finance ministers, said after nearly six hours of talks.

Juncker said a further Eurogroup meeting would take place on November 20 while officials said more negotiations could be required the week after that to nail down a new deal.

Despite Greece approving a tough 2013 budget last week, which it hoped would meet conditions for the release of a tranche of 31.5bn euros of emergency loans under its second bailout programme, its lenders still need to agree on how to make its debts sustainable into the next decade.

“That … [budget law] clearly needs to be reviewed a little bit, to make sure that all prior actions contained in that budget law are actually taken,” she said.

“There will be a few, only a few additional prior actions to be verified in the coming days.”

A compliance report by the European Commission, the IMF and the European Central Bank, together known as troika, calculated that giving Greece two more years to meet its immediate debt-cutting targets would leave a funding hole of 32.6bn euros to be filled up to 2016.

Discussion on how to close that gap will be high on the ministers’ agenda when they next meet.

Lagarde also said the IMF did not agree with Juncker, who said a target to reduce Greece’s debts to 120 per cent of GDP by 2020, from around 190 percent next year, should similarly be shifted back by two years.

“We clearly have different views. What matters at the end of the day is the sustainability of Greek debt so that country can be back on its feet.”

The IMF has set 120 per cent as the target, saying that anything much above that will not be sustainable given Greece’s low growth prospects and high external borrowing requirements.

Greece’s lenders will not release more money until a “debt sustainability analysis” from the troika has spelled out how to reach that goal.

That analysis is expected to be discussed in more detail at the meeting on November 20.

Loans have been held up since Greece, which has received two bailout packages from the eurozone and IMF, went off-track with promised reforms and budget cuts, partly as a result of holding two elections in the space of three months earlier this year.

The IMF has been pushing for governments to write off some of their official loans to Greece, but Germany, the European Commission and others have said it is not legally possible.

“All avenues in order to reduce debt on Greece are being explored and will continue to be explored in the coming days,” Lagarde said.

Three officials told Reuters news agency that the troika had concluded that Greece’s debt burden will fall only to 144 per cent of gross domestic product in 2020 and roughly 10 percentage points lower two years later if current policies do not change.

Once there is an agreement on Greece’s debt path and how to bring it down, it will be sent to national parliaments to get approval for the disbursement of the next aid tranche – money Greece needs urgently to pay off loans and bolster its banks.

In the meantime, Greece will be allowed to issue more short-term paper to keep itself afloat.

Among the new instruments under consideration to reduce Greek debt are the removal of the 150-basis-point interest above financing costs on 53bn euros of bilateral government loans to Greece, and lengthening the maturity of the loans.

Greece may also borrow from the eurozone bailout fund to buy back its privately held debt, of which there is 50-60bn euros, taking advantage of the deep discount it trades at to save money on redemptions and interest payments.

Greece has to redeem 5bn euros worth of treasury bills on November 16 and has been counting on cash from the next eurozone aid tranche to help cover that. Since the money will not come in time, Greece wants to roll over the bills.

“I won’t tell you how, but there won’t be any problem on November 16,” Juncker said. 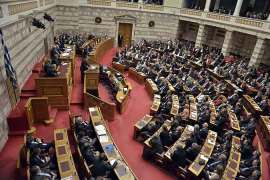 Approval of 2013 budget, which includes spending cuts, to lead to release of foreign aid needed to stave off insolvency. 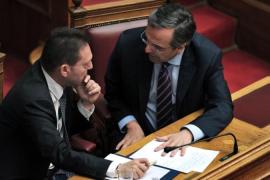 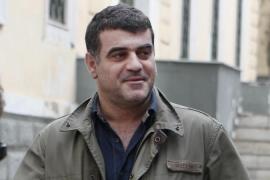 Press freedom in Greece on trial