UBS, the Swiss bank, has announced a layoff of 10,000 employees as it tries to reduce its investment banking activities.

The announcement, made on Tuesday, came along with huge losses in its third-quarter results.

The jobs will go over the next three years, and amount to 16 per cent of its current workforce of 64,000.

The Zurich-based bank said that as part of the cost-cutting drive it “is likely to have a headcount of around 54,000” by 2015, down from its current 64,000 employees among 57 countries.

UBS posted a net profit loss $2.31bn, compared with a profit of $1.13bn during the same three-month period ending in September 2011.

Sergio Ermotti, UBS chief executive, said: “This decision has been a difficult one, particularly in a business such as ours that is all about its people.

“Some reductions will result from natural attrition and we will take whatever measures we can to mitigate the overall effect.”

In what it called “a significant acceleration” in its transformation, UBS said it would sharpen its focus on the investment bank and appoint a new executive to lead it.

The bank attributed some of the declining profit to a pretax charge of $920m linked to an accounting rule on how banks must value their debt.

Banks can post gains if the value of their debt falls, because it would theoretically become cheaper for the bank to repurchase that debt.

But the rule also says that when a bank’s debt increases, it must take a write-down because it would theoretically have to pay more to buy back its own debt on the open market.

In advance of the cuts, the value of UBS’s stock rose 7.3 per cent to close at 13.12 Swiss francs on Monday on the Zurich exchange.

Then in 2011 it lost a further $2.3bn due to the activities of Kweku Adoboli, an alleged rogue trader. 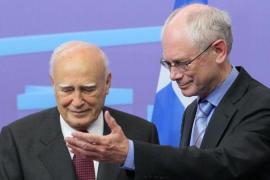 EU to prop up troubled banks

European leaders agree to funnel money directly to struggling banks and in the longer term form a tighter union. 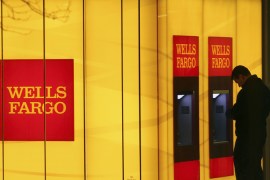 Are banks being discouraged from wrongdoing?

Inside Story discusses Wells Fargo and the effects of discriminatory lending practices in the banking industry. 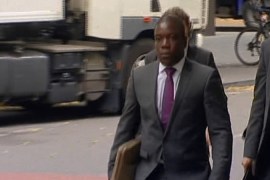