Apple has announced a major shake-up of its management, with two executives about to leave the company.

Scott Forstall, head of its iOS software, will leave next year. He will serve as an adviser to Tim Cook, chief executive, in the interim.

Cook said on Monday the departure of Forstall and enhanced roles of Jon Ive, Bob Mansfield, Eddy Cue and Craig Federighi were part of a move to better integrate hardware, software, and services.

“We are in one of the most prolific periods of innovation and new products in Apple’s history,” Cook said.

Cook said the moves were a way to increase collaboration across its hardware, software and services businesses.

Also out is John Browett, who was in charge of Apple’s real-world shops.

Apple’s retail team will report directly to Cook until a replacement is hired for Browett.

Browett’s tenure included a store staff-reduction plan that ended with the California company backtracking and apologising for having “messed up”.

Forstall had been billed as one of the Apple executives with the potential to be a captivating pitchman for the company’s products, helping to fill the shoes of late co-founder Steve Jobs at launch events.

Forstall joined Apple in 1997 when the technology giant purchased Steve Jobs’ start-up Next, and he is credited as one of the original architects of Mac OS X.

Forstall will leave Apple next year and serve as an adviser to Cook until his departure.

Ive will have “Human Interface” with devices added to his role as leader of Industrial Design at Apple. Ive is credited with being the person behind the look and feel of Apple gadgets.

Siri virtual personal assistant and Maps software will be added to Cue’s online services group, which includes iTunes and the App Store.

Apple had to apologise last month for its glitch-ridden maps application in the new operating system used by the iPhone 5 and urged customers to use rival programmes while improvements are made.

In an open letter, Cook wrote: “At Apple, we strive to make world-class products that deliver the best experience possible to our customers. With the launch of our new Maps last week, we fell short on this commitment.”

Apple had developed its own mapping programme included in its new mobile iOS 6 operating system, and in doing so booted off Google Maps, which had been the default programme for Apple devices.

It was not clear whether the Maps debacle was a factor in Forstall’s departure.

Federighi will head the teams behind the operating software for Apple mobile devices and Macintosh computers.

CEO Tim Cook says company is “extremely sorry” and asks users to use alternate map apps in the interim. 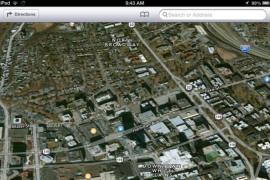 Steve Jobs had been wary of making the product, calling it a “tweener,” and tablet’s price exceeds similar competitors. 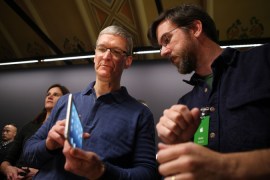 Shareholders to receive dividends for first time since 1995, as Apple announces plans for $98bn cash reserve. 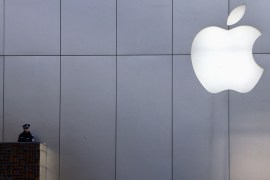 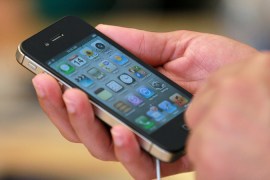