Stringent new sanctions imposed by the European Union will not force Iran back into negotiations over its nuclear programme, Iranian foreign ministry spokesman Ramin Mehmanparast says.

“These pressures are illogical, inhuman and without any principles and therefore futile and just strengthening the nation’s solidarity,” Mehmanparast told reporters in Tehran on Tuesday.

“We think the error in calculation which these countries are pursuing will distance them from a favourable result,” he said.

“We recommend that, instead of taking the wrong approach and being stubborn and using pressure … with a logical approach they can return to discussions.”

Catherine Ashton, EU foreign policy chief, said on Monday that she hoped that increasing pressure on the Islamic Republic – suspected by western powers to be developing the capacity to build a nuclear weapon – would persuade officials to make concessions and resume talks “very soon”.

But Mehmanparast rejected that possibility, saying “illogical” and “inhumane” sanctions would only make Iran more
determined in its stance.

Iran, a signatory of the nuclear Non-Profliferation Treaty, insists it is planning only to enrich uranium for power generation and medical purposes, and says its programme has no military purpose.

“They don’t know the spirit of the Iranian nation,” Mehmanparast said. “These steps are mistakes and will have no results for them.”

The EU, a bloc of 27 nations, banned imports of Iranian natural gas for the first time, though analysts point out that the sector had already been indirectly affected through previous sanctions on the central bank, making it difficult to trade and use Iranian currency.

More than 30 corporate bodies and people, including Iran’s energy minister Majid Namjoo, are targeted in the latest sanctions, in which assets held in Europe will be frozen.

Mohammad Marandi, a political analyst at the University of Tehran, told Al Jazeera that Iran had already begun to trade more with markets outside the EU in order to compensate.

“Most of the sanctions that we’ve had in the past were much more extensive,” he said. “These are the loose bolts that they’ve now tightened. The Iranians have increased trade with countries in Asia, in Latin America and Africa, and much less trade with Europe nowadays.

“Obviously, it does cause trouble. The fact that the Europeans – and the Americans – have imposed these sanctions is an attempt to prevent Iran from importing or exporting any goods, including medicine and foodstuff … So Iranians basically see this as an attack and an assault on ordinary people.”

But Parvin Alizadeh, professor of economics at Boston University in London, disagreed.

“These are the most far reaching sanctions since sanctions on the import of oil in July,” she told Al Jazeera.

“The most important component of the new sanctions is the ban on the import of natural gas, which is an important source of foreign exchange for the government, and, hence, this will reduce government revenue, and it will also have an impact on the value of the local currency, the rial.

“It will further accentuate the freefall of the rial, and it will have immense implications for the population, in terms of inflation – two or three digit inflation – which will affect the purchasing power of the ordinary people.” 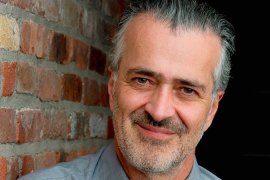 Iranian-American author says sanctions are “turning into a form of collective punishment” against people in Iran. 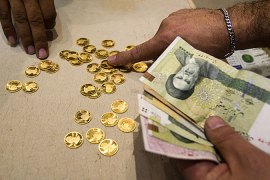 As the country’s currency value hits a record low we ask what is really behind the Rial’s continuing downward spiral. 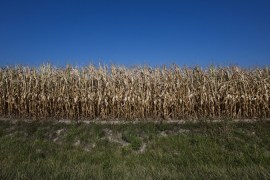 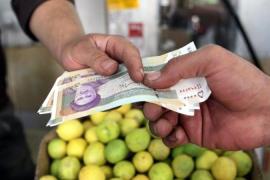