Ryan served his home state in the US House of Representatives since 1999. He was set to clash with Jo Biden, the Democrat in the only vice presidential debate on October 12.

The 42-year-old father of three began politics early in life. After graduating from Miami University in Ohio, Ryan worked under Senator Sam Brownback and other Republicans until he ran for Congress at 28.

Ryan has risen to prominence in recent years for proposing alternative budgets to the Democrat-led administration of Barack Obama and the Democrat-majority senate.

The Wisconsin congressman is a favourite of the conservative Tea Party, an anti-tax, limited-government movement that helped Republicans take over the US House of Representatives in 2010.

His plans have included controversial cuts in government health programmes for the elderly and poor.

Charlie Wolf, a conservative political analyst based in the UK, told Al Jazeera that Romney’s running-mate choice was a wise decision as it puts the economy “front and centre”.

“And [the economy] is where Mr Obama … just cannot win if you look at the debt he’s racked up, and you look at unemployment, the deficit,” Wolf said.

“[Obama] has been trying his best to stay off the economy … and now it firmly goes back to that topic.”

An image of Ryan as a congenial Midwesterner rather than a congressional budget hawk has been enhanced on the campaign trail, where he has worked to build a reputation for an easy manner with voters.

Much was made in the media of Ryan cutting short an interview in early October with a local television reporter whose questions he did not like.

Economic issues aside, Ryan is clearly taking his lead from Romney on foreign policy, a weak spot for the 42-year-old congressman against Biden, who spent more than 10 years on the Senate Foreign Relations Committee.

At a rally in early October, he pressed home criticism of Obama over the killing of four Americans in Libya, a favourite foreign policy attack line of Romney.

In 2009, Ryan put forward a 2010 US federal budget that would have lowered taxes and cut government spending. The proposed budget was eventually rejected by the House.

A year later, Ryan became the chairman of the influential House Committee on the Budget, and led the push for a new Republican budget proposal for 2012.

That bill was eventually passed by the Republican House of Representatives before dying in the senate.

In 2012, the Republicans introduced The Path to Prosperity: A Blueprint for American Renewal, a proposed budget for the 2013 fiscal year.

Obama and other Democrats have criticised the plan as giving tax breaks to millionaires, while gutting much-needed federal programmes and placing excessive financial pressures on middle-class Americans.

In 2011, US magazine TIME chose Ryan as one of the runners-up in its Person of the Year, calling him “the most influential American politician”.

“Through a combination of hard work, good timing and possibly suicidal guts, the Wisconsin Republican managed to harness his party to a dramatic plan for dealing with America’s rapidly rising public debt,” TIME said.

However, some Republicans fear his strongly held views will alienate independent voters. 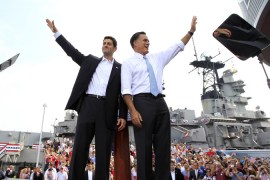 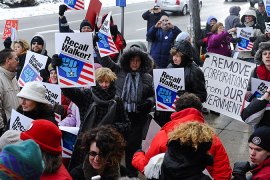 Wisconsin: A nail in the coffin of US unions?

As the governor celebrates a recall victory, we ask how the outcome will impact the US presidential race in November. 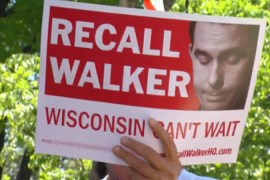 Wisconsin governor’s job in the balance

Referendum called in US state to decide on fate of governor after weeks of protests against his budget cuts. 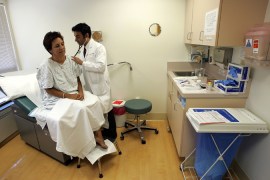 What is at stake in the US healthcare debate?

As Republican presidential candidates promise to repeal the law we ask if they have come up with a better alternative.