Social media company Facebook says it now has more than one billion users, in a new milestone for the world’s biggest social network.

Co-founder Mark Zuckerberg made the announcement on Thursday, saying the number is “humbling.”

“This morning, there are more than one billion people using Facebook actively each month,” he said in a statement.

“If you’re reading this: thank you for giving me and my little team the honor of serving you. Helping a billion people connect is amazing, humbling and by far the thing I am most proud of in my life.”

The one billion user count is up from the end of June, when it had 955 million active monthly users. The company also said it has seen 1.13 trillion “likes,” or endorsements by users, since the company launched the feature in February 2009. Many of the ad campaigns that companies conduct on Facebook are designed to garner likes.

About 17 billion location-tagged posts were made on the website, Facebook said, and 62.6 million songs have been played 22 billion times since September 2011.

The median age of a Facebook user was 22, it said, and the top five user countries were Brazil, India, Indonesia, Mexico and the United States.

The new data came a day after the company said it was letting US users pay a fee to boost the visibility of their postings – its latest effort to look beyond advertising for revenue.

Advertising accounted for roughly 84 percent of the total revenue in the second quarter.

Shares of Facebook rose 2.1 percent to $22.27 in premarket trading on Thursday. The stock made its public debut at $38 in May. 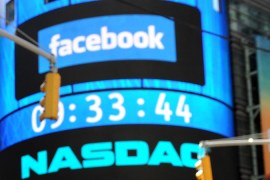 As the stock offering creates big winners and losers, we ask if the odds are stacked against main street investors. 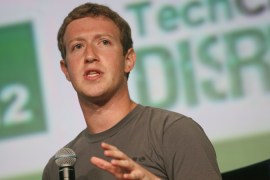