Tehran has responded to a preliminary agreement by the European Union to ban all oil from Iran by accusing the West of waging “an economic war” through its raft of sanctions over its nuclear programme.

“The enemies of the Islamic republic’s regime, with all their tricks, have not been able to chain the nation and now they want to chain the economy,” Shamseddin Hosseini, Iran’s finance minister, said on Thursday in comments carried by the official IRNA news agency.

“These sanctions are an economic war against us,” he said.

European governments on Wednesday agreed in principle to the oil import ban, dealing a potentially heavy blow to Tehran that would intensify the bite of other Western economic sanctions just months before an Iranian election.

The prospective embargo, which might be enforced by the end of January, along with tough US financial measures signed into law by President Barack Obama on New Year’s Eve, form a concerted Western campaign to impose sanctions over Iran’s nuclear programme.

Iran says its nuclear programme is strictly peaceful, but Western countries say a United Nations report shows it has sought to build an atomic bomb. Talks between Tehran and major powers broke down a year ago.

Diplomats said EU envoys had held talks on Iran in the last days of December, and that any objections to an oil embargo had been dropped, notably from crisis-hit Greece which gets one-third of its oil from Iran, relying on Tehran’s lenient financing.

Analysts say the new measures may not force the hardline government to back down on its nuclear program, which the West suspects is aimed at developing weapons while Iran maintains it is for peaceful purposes. But they look certain to heap more misery on ordinary Iranians already struggling under the weight of previous rounds of sanctions.

“In seeking regime change, it’s unclear that cutting off Iran completely from what it’s most dependent on (oil), that’s going to be achieved,'” said Gala Riani, an Iran expert with IHS Global Insight in London.

She added that the Islamic Republic has often been described as a “suicidal regime …willing to sacrifice the welfare of the people in order to … not succumb to foreign pressure.”

Iran said on Thursday it was “not concerned”  about an imminent EU ban on its oil, saying it would endure the extra sanctions.

“Iran has always been ready to counter such hostile actions and we are not concerned at all about the sanctions,” Foreign Minister Ali Akbar Salehi said in a news conference with visiting Turkish Foreign Minister Ahmet Davutoglu on Thursday.

“We have taken provisional measures. We have weathered the storm for the past 32 years and we will be able to survive this as well,” Salehi said.

Articles in Iranian media touted the sanctions as an incentive for Iranian innovation, repeating the government’s claims that 70 per cent of all petrochemical equipment is produced in Iran.

Further countering the talk of economic doom was a piece in Iran’s Fars News Agnecy, quoting Economy minister Hosseini as saying that Iran’s non-oil exports had increased by 33 per cent.

But tougher sanctions appear to be having an impact already on Iran’s streets, where prices of foodstuffs are increasing, the rial currency has lost 40 per cent of its value against the dollar over the past month and currency exchanges have shut in Tehran, forcing many citizens to withdraw their savings from banks and buy dollars.

That economic hardship is being felt by the public two months before a parliamentary election, Iran’s first since a
disputed 2009 presidential vote that led to massive street demonstrations, put down violently by Iran’s rulers.

News of the impending European embargo caused a sharp rise in oil prices, with Brent crude peaking at nearly $114 a barrel in intraday trading, up nearly $2 from Tuesday’s close.

Iran has said any steps to cut its oil exports could cause havoc in international oil markets at a time of global
economic pain. In recent weeks, it has also resorted to threatening rhetoric.

Iran threatened last month to shut the Strait of Hormuz, outlet to the Persian Gulf through which 40 per cent of traded oil flows, and on Tuesday threatened to take unspecified action if a US aircraft carrier sails through the strait. 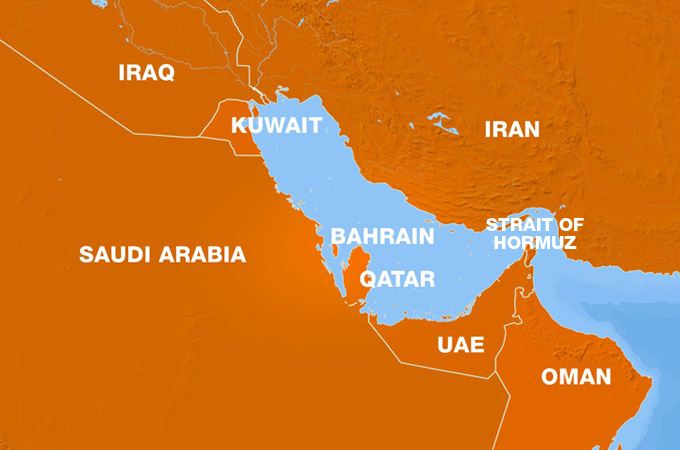 Western countries have imposed various sanctions on Iran for years with little impact, but the latest measures are
qualitatively different, directly targeting Iran’s oil industry, which forms 60 per cent of its economy.

The embargo will force Iran to find other buyers for oil, but Tehran insisted it would have no trouble.

But the new US sanctions have already made it difficult for Iran to keep the customers it has, and could force it to offer steep discounts to countries willing to risk doing business with it, hurting its revenues.

Biggest trading partner China, driving a hard bargain, has cut its order of Iranian oil by more than half this month.

Most traders expect Iran will still find buyers for its crude, mostly in Asia, but it is going to have to offer substantial discounts, cutting back the revenue that the state relies on to subsidise basic goods for its citizens.

The EU diplomats said member countries had not yet agreed on how soon the embargo should take effect and were still debating other possible sanctions.

The new US financial sanctions, if imposed fully, would make it all but impossible for many refineries to pay for
Iranian crude. The law grants Obama the power to issue temporary waivers to prevent shocks in energy markets.

Al Jazeera’s Jackie Rowland, reporting from Paris, said that Britain and France have been engaging in serious “arm twisting” in order to get countries such as Greece, Italy and Spain on board with US-lead international pressure on Iran to give up its nuclear programme.

“So what will be crucial in the coming days and weeks, if in fact this embargo is formalised, will be to find alternative suppliers so that those particular countries won’t see their economies adversely hit.”

A Turkish energy official said the country, which buys about 30 per cent of its oil from Iran, was seeking a waiver from
the US for its biggest refiner, Tupras.

The US says it is discussing with its allies how to implement the measures without causing an oil supply shock.