The International Monetary Fund (IMF) has warned that global crude prices could rise as much as 30 per cent if Iran halted oil exports as a result of US and European Union sanctions.

If Iran halts exports to countries without offsets from other sources, it would likely trigger an “initial” oil price jump of 20 to 30 per cent, or about $20 to $30 per barrel, the IMF said in its first public comment on a possible Iranian oil supply disruption.

The IMF highlighted the risks of rising tensions over Iran sanctions in a note on Wednesday sent to deputies from G20 countries who met in Mexico City last week.

The price impact caused by a cut in Iranian exports could be exacerbated by below average oil stocks in many countries, the result of tight oil market conditions through much of last year, the IMF said.

The fund’s comments add pressure on the Obama administration as it struggles to find a way to get countries to reduce shipments of Iranian oil without pushing prices higher ahead of the November US presidential election.

President Barack Obama is tightening sanctions on Iran in a move aimed to deprive its nuclear programme of funds and technology, and the EU has slapped a ban on Iranian oil to take effect in six months.

In order to work around US and European sanctions, India reportedly plans to pay for oil it imports from Iran in gold.

In response to the EU sanction plan, Iran’s parliament reportedly plans to begin debating a draft bill requiring the government to immediately halt oil exports to Europe, a prominent legislator said on Wednesday.

The legislator said that the halt in oil production would do more damage to Europe than Iran, which sells only 18 per cent of its oil to members of the 27-member bloc.

Financial sanctions against Tehran may be “tantamount to an oil embargo” and would imply supply declines of about 1.5m barrels per day from the world’s fifth-largest oil producer, the IMF said.

That volume of supply disruption would be comparable to losses in output from Libya last year due to civil war that pushed oil prices over $100 a barrel. Iran exports about 2.6m barrels per day of oil.

Iran has threatened to block the Strait of Hormuz shipping route, through which flows 20 per cent of oil traded globally.

The IMF said in its global outlook on Tuesday that global oil prices would ease only slightly this year despite a sharp slowdown in world growth.

The IMF projection of 2012 average oil price is $99 a barrel versus the $100 it forecast three months ago.

The IMF’s concerns about a large Iran-related oil supply shock or an actual disruption has risen in recent weeks as powers in the West increase pressure on Tehran.

Its view is based on data that shows limited inventory and spare capacity, and projections that oil demand will not slow despite falling growth in advanced and emerging economies. 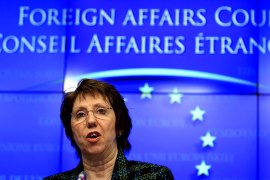 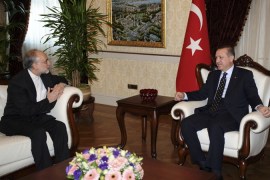 Foreign minister says date and venue for talks are being discussed, but EU denies any negotiations have taken place. 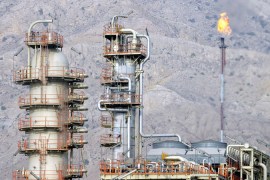