The US treasury secretary has highlighted Washington’s strong co-operative relationship with China during a visit to Beijing, but appeared to have made little progress in persuading the Asian giant to back US sanctions on Iran’s oil industry.

Timothy Geithner on Wednesday met Xi Jinping, the vice-president widely tipped to become China’s next leader, prior to talks with Chinese premier Wen Jiabao, who is due to visit oil-producing Gulf nations later this week.

“On economic growth, on financial stability around the world, on non-proliferation, we have what we view as a very strong co-operative relationship with your government and we are looking forward to building on that,” Geithner said.

But China, which buys almost one-third of Iran’s oil exports, reiterated its opposition to sanctions, which it has previously called improper and ineffective.

“Iran is also an extremely big oil supplier to China, and we hope that China’s oil imports won’t be affected, because this is needed for our development,” Zhai Jun, China’s vice foreign minister, told a news conference.

“We oppose applying pressure and sanctions, because these approaches won’t solve the problems. They never have. We hope that these unilateral sanctions will not affect China’s interests.”

But Beijing on Wednesday called on Iran and the UN atomic watchdog to co-operate over a new uranium enrichment plant, amid mounting international tensions over Tehran’s nuclear programme.

“We hope Iran and the IAEA will stress cooperation and earnestly carry out the safeguards and clarify pending issues in the Iranian nuclear programme as soon as possible,” said Liu Weimin, a Chinese foreign ministry spokesman.

Willem van Kemenade, an author specialising in China’s global strategic relations told Al Jazeera that “Beijing will try to maintain its relationship with Washington but keeping its own needs in mind.”

“China wants to solve this without confrontation with the US, but it wants to take care of its own vital interests,” he said.

He added: “China still believes that Iran is not rushing towards making bomb. It is perhaps in the end not so much about nuclear programme but about regime change.”

Al Jazeera’s Melissa Chan, reporting from Beijing, said: “If you look at Chinese foreign policy in general, they simply don’t believe sanctions work whether it’s with Iran or North Korea.”

“So, it’s going to be very difficult for the Americans to convince the Chinese to get any kind of support.”

US officials said the talks would also touch on trade disputes and complaints about China’s currency controls that critics say keep its yuan undervalued and give its exporters an unfair advantage, distorting trade at a time when the US and other governments are under pressure to bring down unemployment.

China’s trade surplus with the US widened 24.2 per cent to $17.4bn in December, according to data released on Tuesday.

The US sanctions would target Iran’s oil industry by barring financial institutions from the US market if they do business with Iran’s central bank.

Industry analysts say that even if China agreed, it would face formidable challenges in trying to replace Iran as an oil source.

China’s fast-growing economy is the world’s biggest energy consumer and imports half its oil. About 11 per cent comes from Iran, or about 600,000 barrels per day in November, according to Argus Media, the energy-market analysts.

The Chinese premier is due to visit major oil producers Saudi Arabia, the United Arab Emirates and Qatar on a trip that starts this weekend.

Geithner heads to Japan, another major buyer of Iranian oil, for talks after leaving Beijing. 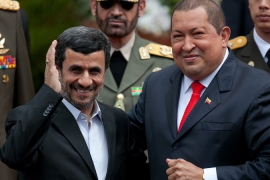 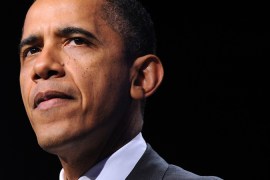 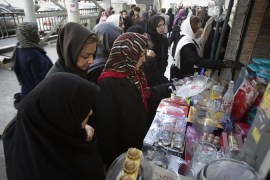 Ban would stop Tehran’s exports to Europe, but experts say such measures are unlikely to curb Iran’s nuclear programme. 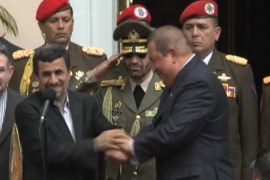 Chavez says there is “no proof” that Iran is trying to develop nuclear weapons as he welcomes Ahmadinejad.