The Paris-based investigative website Mediapart on Saturday published what it said was documentary evidence of the illegal campaign funding.

Sarkozy strongly denied the allegations when first questioned by French journalists in March. Sarkozy’s campaign spokesperson Nathalie Kosciusko-Morizet dismissed the latest report as “ridiculous” and a “clumsy diversion” orchestrated by supporters of Francois Hollande, his Socialist opponent in the upcoming presidential election.

The 2006 document, written in Arabic, was signed by Gaddafi’s intelligence chief Moussa Koussa, who reportedly now lives in Doha, Qatar.

It referred to an “agreement in principle to support the campaign for the candidate for the presidential elections, Nicolas Sarkozy, for a sum equivalent to 50 million euros [$66m]”.

The document refers to a meeting that allegedly took place on June 6, 2006, between Brice Hortefeux, Sarkozy’s close ally, and Ziad Takieddine, a Franco-Lebanese businessman who has been at the centre of a number of political scandals linked to Sarkozy and his inner circle.

During Sarkozy’s five years as president, Hortefeux has served as France’s immigration minister as well as national identity minister and interior minister. He has told Mediapart he had never met Moussa Kussa or Bashir Saleh.

Takieddine, who acted as an envoy for Sarkozy from as early as 2005, told Mediapart that he was not present at the meeting but that the document otherwise appears to be genuine.

“This document proves that what we have here is an ‘affaire d’Etat’, whether these [$66m] were transferred or not,” he said.

“The investigation will be difficult because many of those present were killed during the war in Libya, but it’s still important that this document should be made public,” Takieddine, who has himself come under frequent investigation by the news website, is quoted as saying in the report.

Takieddine is already under investigation for his alleged role in the funding of Edouard Balladur’s failed 1995 presidential campaign for which Sarkozy was spokesperson.

Investigators suspect Balladur’s camp collected kickbacks on a deal to sell submarines to Pakistan and that a Karachi bombing that killed 11 French engineers was carried out by Pakistani agents in revenge after promised bribes
went unpaid.

The allegations that Gaddafi had financed the conservative politician’s first presidential campaign first came from Gaddafi himself in March 2011, shortly before France went on to play a lead role in NATO’s military intervention in the north African country.

The investigative website has been following the story for more than a year, but claims the document published on Saturday offers the most concrete proof yet of the illegal campaign financing allegations.

The document, Mediapart reports, was given to it by former high officials from Libya “a few days ago”.

“The discovery of the note written by Mr Koussa requires an official investigation, whether that be judicial, police or parliamentary, on this episode, dark and concealed, in Franco-Libyan relations,” Mediapart writes.

Gaddafi paid a controversial visit to Paris in December 2007, shortly after Sarkozy won the presidency. The Libyan leader was allowed to pitch his Bedouin tent on the Elysee, leaving many commentators outraged.

Sarkozy will be seeking re-election on May 6, going up against the Socialist candidate Francois Hollande.

Bernard Cazeneuve, a spokesperson for Hollande, said in a statement on Saturday evening that Sarkozy “must explain himself before the French people” in response to the campaign funding allegations.

“Faced with such serious allegations, backed up by documents sourced from the Libyan dictator’s own entourage, Nicolas Sarkozy must explain himself before the French people,” Cazeneuve said.

“Several times in recent weeks, specific information has been published by the press, relating to France’s relationship with the Colonel Muammar Gaddafi’s regime these last few years.”

“The Holland campaign is calling on the police to open an investigation into these allegations,” Al Jazeera’s Jacky Rowland reported from the town of the southwestern town of Brive, where she was following the Socialist campaign.

Whether the latest allegations are true or false, Rowland reported, they will remind voters of the many ongoing scandals related to campaign financing.

Allegations that Liliane Bettencourt, the L’Oreal heiress and the richest woman in Europe, made illegal contributions to Sarkozy’s campaign in return for tax breaks have, in particular, undermined his credibility with voters.

Sarkozy has always denied any wrongdoing in the 1995 campaign finance arrangements for Balladur’s campaign.

Patrice Le Beer, former editor of Le Monde newspaper, told Al Jazeera that, even if an investigation is opened, it would not happen until well after the upcoming election.

“There is no political risk for the moment, justice is too slow.”

— With reporting from Yasmine Ryan 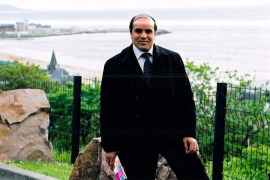 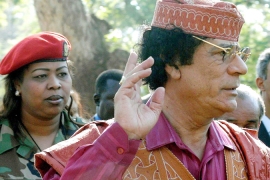 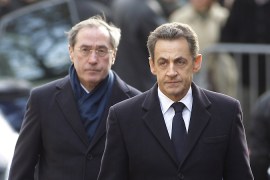 French interior minister stands by his remarks as critics denounced his comments as dangerous and xenophobic.