Millions of workers in India are staging a 24-hour strike to demand improved rights for employees and to protest over rising prices.

Tuesday’s strike, one of the biggest in recent times, is being backed by all 11 major trade unions in the country, including the left affiliated All India Trade Union Congress (AITUC) and Indian National Trade Union Congress (INTUC) linked to ruling Congress party, local television station NDTV said.

In the capital, New Delhi, and the financial hub, Mumbai, the effect of the strike was minimal. Banks and insurance offices were closed but buses and taxis plied the streets and shops were open for business.

Al Jazeera’s Prerna Suri, reporting from New Delhi, said: “In states like Kerala, West Bengal and Tripura where the communist parties have presence, local agitators have blocked roads and rails and commuters are having harrowing times.”

In the eastern city of Kolkata, a traditional trade union stronghold, most bank branches, shops and other businesses were closed, with taxis and rickshaws staying off the streets.

In the southern city of Hyderabad, members of left-wing parties have clashed with police during street protests.

Transport, banking and postal services were all hit by the strike that began midnight on Monday with port operations also shut down.

The strike marks the latest test for Manmohan Singh’s government, which has been shaken by a succession of corruption scandals and popular protests since the prime minister’s Congress party won a second term in 2009.

The government’s appeal on Monday failed to impress the unions, who want the government to take measures to contain inflation, provide universal social security cover for workers in the vast unorganised labour sector and permanent jobs for 50 million contract labourers, and an end to the sale of stakes in profitable public companies.

“We will have to think about our future course of action if the government does not come forward with proposals on how it will react to our demands,” G Sanjeeva Reddy, president of INTUC, told Reuters news agency.

Last week, the country’s labour minister, said the government was ready for talks on any labour-related issues, NDTV website reported.

But AITUC leader Gurudas Dasgupta rejected it saying, “The government had enough opportunity earlier to sit with unions to discuss the issues”.

“We are fighting for our rights against a government that is anti-people,” he added.

In Mumbai, Vishwas Utagi, general secretary of the All India Bank Employees Association, claimed there was a “complete shutdown” in the banking sector.

The clearing house for transaction at the central bank had been shut, “so the private and foreign banks where we do not have a presence, also get affected,” he told the Press Trust of India news agency.

“I suspect the government is actually going to be more afraid of the financial impact from this crisis,” our correspondent said.

“Bombay Stock Exchange traders have been telling me the strike might have an impact on their profits. So, a larger financial impact is something that is worrying the government.

“India might be doing better financially compared to western countries, but back home the government has faced criticism for not doing enough to contain inflation and bring up minimum wages.

“One of the key demands of the strikers is to implement labour laws, a legislation that’s been passed decades ago but not been implemented,” she said.

Hit by high interest rates, stubborn inflation and a stuttering reform agenda, India’s economy is expected to grow by about seven per cent in the fiscal year ending March, compared with earlier expectations of about nine per cent growth.

India’s inflation rate has been above nine per cent for most of the last two years, although it had come down to 7.5 per cent in December.

Congress is currently fighting five state elections, including one in Uttar Pradesh, the country’s most populous state.

It is India’s 14th general strike since the country opened up its economy with major reforms in 1991. 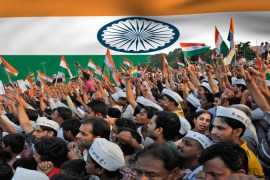 India’s movement towards implementing the Lokpal Bill has been fractured by political interests. 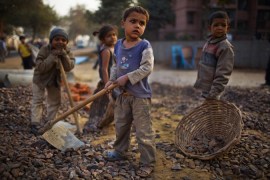 In India, though there has been some improvement, the rate of child malnutrition is still unacceptably high. 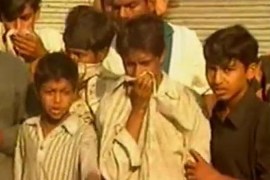 Documents show, 10 years on, authorities were warned about potential for deadly violence against Muslims in Gujarat. 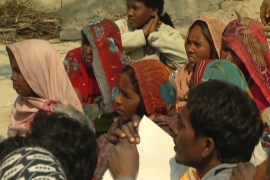 Dalits, or untouchables, in country’s most populous state place little faith in government to improve their lot.