Yahoo has fired Carol Bartz as its chief executive (CEO) after more than two years of financial lethargy that had convinced investors that she was unable to steer the internet company to a long-promised turnaround.

Roy Bostock, chairman of Yahoo, fired Bartz over the phone on Tuesday, ending a tenure marked by stagnation at the California-based search engine provider and a rift with its Chinese partner Alibaba.

Tim Morse, Yahoo’s chief financial officer, will step in as interim CEO, and the company will search for a permanent leader to spearhead a battle in online advertising and content with rivals Google and Facebook.

Shares in Yahoo jumped six per cent in after-hours trading, scarcely higher than where they were when Bartz first took the helm of the company in January 2009.

Yahoo has now replaced three CEOs in a little over four years.

The decision to oust Bartz was reached by an unanimous vote of Yahoo’s eight independent directors late last week, according to the Reuters news agency.

Bartz, and Jerry Yang, Yahoo’s co-founder, who are also on the board, did not participate in the vote.

The firing surprised few Wall Street observers who had tracked a rising torrent of criticism against Yahoo’s business strategy and watched its revenue growth falter and sputter out.

Macquarie Securities analyst Ben Schachter called the handling of Bartz’s departure “unseemly” and interpreted it as a sign of even more drama to come at Yahoo.

In a research note late on Tuesday, Schachter predicted there will be a wide range of conjecture about Yahoo’s future, with the most likely speculation centering on the company as a takeover target during a vulnerable time.

Alternatively, Yahoo could make a bold move itself by trying to buy the online video site Hulu.com, which is already talking to suitors, or trying to sell its 43 per cent stake in the Alibaba, one of China’s most prized internet companies.

Relations between Yahoo and Alibaba have soured in recent years, with Ma failing in its attempt to buy out its US partner’s stake.

In statement issued on Tuesday, Yahoo said it was undergoing a “comprehensive strategic review” in its latest effort to give investors a reason to buy its stock but did not offer details.

Bartz, 63, led an austerity campaign that helped boost Yahoo’s earnings, but the company did not increase its revenue even as the internet advertising market grew at a rapid pace.

The financial downturn, along with recent setbacks in Yahoo’s online search partnership with Microsoft and  the Alibaba investment, proved to be Bartz’s downfall.

Her ousting comes with 16 months left on a four-year contract that she signed in January 2009.

That contract entitles her to severance payments that could be two to three times her annual salary and bonus, along with stock incentives she received during her tenure.

Yahoo has now replaced three CEOs in a little over four years.

Yahoo is currently worth about $16bn, with much of that ascribed to its share of Alibaba, it also owns a stake in Yahoo Japan, along with Japanese mobile company Softbank.

Bartz’s firing capped a decade-long fall from grace for a company whose shares traded at more than $125 in January 2000 during the dotcom bubble, but now languishes at about one-tenth of that level. 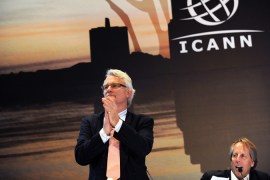 Any word, in any characters, can be used in biggest internet shake-up ever. 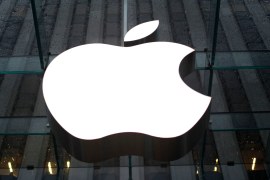 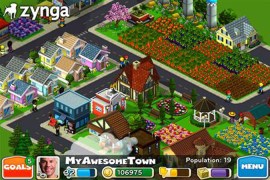 The IPO will make Zynga the first publicly traded company whose profits depend on the sale of virtual goods. 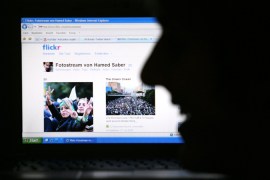