Hong Kong’s High Court has ruled that a law banning foreign maids from settling permanently in the city was
unconstitutional, in a landmark case for the city’s domestic helpers.

The case was brought by Evangeline Banao Vallejos, who has lived in Hong Kong since 1986. The ruling could lead to more than 100,000 other foreign maids winning rights to residency.

The case has sparked widespread debate on equal treatment for foreign maids.

Critics of the ruling say granting residency to domestic workers would strain the provision of health care, education and public housing.

Immigration laws exclude domestic helpers from seeking permanent residency, while other non-Chinese nationals can obtain residency after working in the city for seven years.

Human rights lawyers and many household workers argue that this is discriminatory.

There are more than 300,000 foreign domestic helpers in Hong Kong, mainly from Indonesia and the Philippines. It is thought that around 120,000 have lived here for more than seven years.

Domestic workers from outside Hong Kong are required to live with their employers and cannot accept other jobs.

Without the right to permanent residency, if a maid is dismissed by her employer, she must find another job as a domestic helper or leave Hong Kong within two weeks. 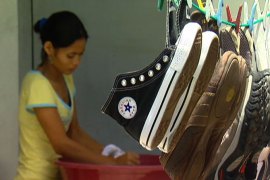 Hundreds of thousands of workers existing in conditions “close to slavery”. 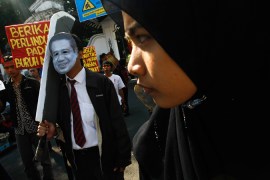 The plight of domestic workers abroad

Indonesia is stopping their nationals going to Saudi Arabia to work as maids after one woman was beheaded last week. 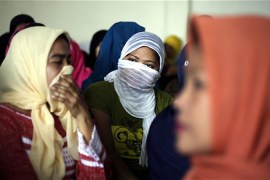