Steve Jobs has resigned as chief executive of Apple Inc, after a 14-year performance in which he brought the company back from the brink and turned into the world’s largest technology corporation.

The man behind the iPhone, iPad and iPod announced his resignation on Wednesday, saying he could no longer handle the job, but that he would continue to play a leadership role.

Jobs, who fought and survived a rare form of pancreatic cancer and revolutionised the technology arena with the iPhone in 2007, is deemed the heart and soul of a company that started in a garage and is today neck-and-neck with Exxon Mobil in the race to become the largest US corporation.

“Steve’s extraordinary vision and leadership saved Apple and guided it to its position as the world’s most innovative and valuable technology company,” board member Art Levinson said in a statement on Wednesday.

“The board has complete confidence that Tim is the right person to be our next CEO,” Levinson added.

Jobs’ resignation marks the end of an era at Apple.

“I have always said if there ever came a day when I could no longer meet my duties and expectations as Apple’s CEO, I would be the first to let you know. Unfortunately, that day has come,” he said in a brief letter announcing his resignation.

The 55-year-old CEO had briefly emerged from his medical leave in March to unveil the latest version of the iPad and later to attend a dinner hosted by President Barack Obama for technology leaders in Silicon Valley.

A college dropout, a Buddhist and a son of adoptive parents, he started Apple Computer with friend Steve Wozniak in the Jobs family garage in Silicon Valley in the late 1970s.

The company soon introduced the Apple 1 computer. But it was the Apple II that became a huge success and gave Apple its position as a critical player in the then-nascent PC industry, culminating in a 1980 IPO that made Jobs a multimillionaire.

Despite the subsequent success of the Mac, Jobs’ relationship with internal management soured, and in 1985 the board removed most of his powers and he left the company, selling all but one share of his Apple holdings.

Apple’s fortunes waned after that. However, its purchase of NeXT – the computer company Jobs founded after leaving Apple – in 1997 brought him back into the fold. Later that year, he became interim CEO and in 2000, the company dropped “interim” from his title.

The company’s popularity grew in the US throughout the 2000s as the sleek line of iPods introduced many lifelong Windows users to their first Apple gadget.

Apple created another sensation in 2007 with the iPhone, the stark-looking but powerful smart phone that quickly dominated the industry, and the iPad was introduced less than a year and a half ago.

The resignation sent the company’s shares tumbling 5.3 per cent in after hours trade.

The shares of the maker of the iconic iPhone and iPad fell to $356.10 after closing normal trade at $376.18, following the announcement. 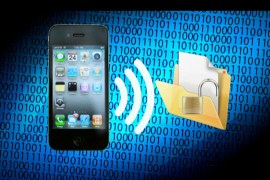 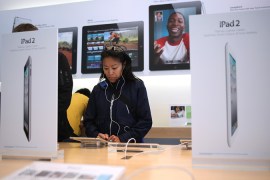 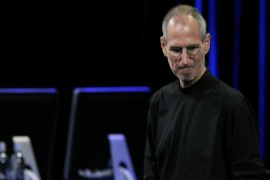 Steve Jobs calls it a day as Apple CEO 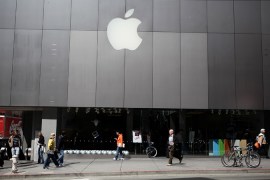