The Italian government has approved an austerity package aimed at shielding the country from the Greek debt crisis and eliminating the budget deficit in 2014.

The package, drafted by Giulio Tremonti, the finance minister, contains $66.7bn of deficit cuts to balance the budget in 2014.

It will trim the budgets of central government ministries and local authorities and reduce tax breaks for companies and families.

However, parliament must approve it within 60 days.

The austerity sweep has heightened tensions within the centre-right coalition of Silvio Berlusconi, the prime minister, and his restive Northern League ally has warned that the government is at risk until the package is passed.

“The composition of the budget is very well balanced between lower spending and higher revenues,” Tremonti, the Italian finance minister, said at a joint news conference with Berlusconi.

“With today’s measures we completed our path towards a balanced budget.”

He described this as a “political, civic and moral objective”.

Final details have not yet been announced but most of the package has been leaked in a series of drafts.

The measures in themselves are largely convincing, but the vast bulk will only take effect from 2013, when the next election is due, and 2014.

Tremonti and Berlusconi refused to take any questions on the package at the news conference.

Only around 7bn euros of the cuts will come into effect before 2013.

“What we know is most of the measures will be postponed until 2013 and 2014, which is something that will probably not be much appreciated my markets,” Giada Giani, of Citigroup, said.

“All other countries involved in fiscal consolidation have been trying to frontload rather than delay the tightening.”

Chiara Corsa, an analyst for Unicredit, said bringing forward more of the deficit cuts to 2012 “would have been a stronger shield against market tensions and possible rating agency action”.

Italy has kept its deficit in check better than most euro zone countries, but that did not stop Standard and Poor’s and Moody’s cutting its ratings outlook in recent weeks.

The agencies focused on Italy’s political inability to pass the reforms needed to boost growth in the euro zone’s most sluggish economy.

And without growth, it has little chance of cutting its huge public debt, which at 120 per cent of gross domestic product is one of the largest in the world.

“We kept our commitment to not take the kind of tough measures that have been taken in some other European countries,” Berlusconi said. “And we have not stuck our hands in the pockets of Italians.”

But he then conceded it had had to do “a few minor things” on the revenue side, including raising road tax on large cars.

The budget is the latest test for Berlusconi, who suffered heavy defeats in local elections and four referendums over the last month. His approval ratings have been sinking over a series of corruption and sex scandals and a stagnant economy. 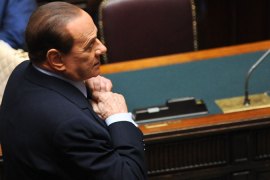 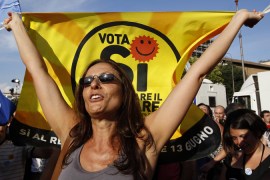 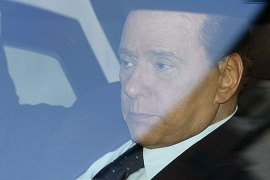 The end of Berlusconi?

After scandals and a crushing local election defeat, can Italy’s prime minister stage a comeback? 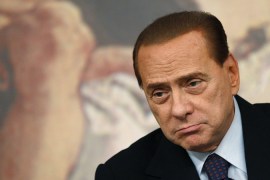 Silvio Berlusconi loses vote in Milan, his political stronghold, and in the southern city of Naples.