Osama al-Nujaifi, the Iraqi parliament speaker, has told Al Jazeera that the amount of Iraqi money unaccounted for by the US is $18.7bn – three times more than the reported $6.6bn.

Just before departing for a visit to the US, al-Nujaifi said that he has received a report this week based on information from US and Iraqi auditors that the amount of money withdrawn from a fund from Iraqi oil proceeds, but unaccounted for, is much more than the $6.6bn reported missing last week.

“There is a lot of money missing during the first American administration of Iraqi money in the first year of occupation.

“Iraq’s development fund has lost around $18bn of Iraqi money in these operations – their location is unknown. Also missing are the documents of expenditure.

“I think it will be discussed soon. There should be an answer to where has Iraqi money gone.”

The Bush administration flew in a total of $20bn in cash into the country in 2004. This was money that had come from Iraqi oil sales, surplus funds from the UN oil-for-food programme and seized Iraqi assets.

Officials in Iraq were supposed to give out the money to Iraqi ministries and US contractors, intended for the reconstruction of the country.

The Los Angeles Times reported last week that Iraqi officials argue that the US government was supposed to safeguard the stash under a 2004 legal agreement it signed with Iraq, hence making Washington responsible for the cash that has disappeared.

Pentagon officials have contended for the last six years that they could account for the money if given enough time to track down the records.

The US has audited the money three times, but has still not been able to say exactly where it went.

Al Jazeera’s Iraq correspondent, Jane Arraf, reporting from Baghdad, said: “It’s an absolutely astonishing figure – this goes back to 2003 and 2004.

“There is going to be a fairly wide net cast – some of them [involved in mishandling of this money] are thought to be US officials, but many here believe that it is the Iraqis who have filled their pockets.

“Safeguarding the money was up to the Americans … after the invasion, provisional authority here was run by the American military.

“Piles and piles of shrink-wrapped US dollars came here, but the cash coming in is not the important part – it is what happened to it after [it got here].

“There are no documents to indicate who got it, where it was spent and what was ever built from it.” 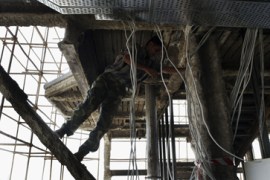 The US defence department is unable to account for billions meant for reconstruction. 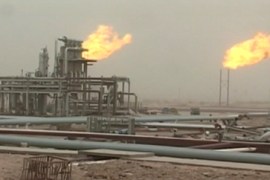 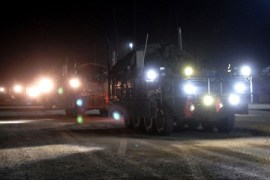 US influence, and its ability to solve Iraq’s intractable problems, is dwindling.