At least 1,000 protesters have taken to the streets in Oman’s southern port city of Salalah in one of the biggest pro-reform demonstrations since scattered unrest began in the Gulf Arab sultanate two months ago.

The protesters assembled in a car park across the street from the governor’s office on Friday, where a preacher led mid-day prayers and led them on a march across the city.

“The Omani people are not afraid of protesting for as long as it takes for reform, [but] first and foremost is to get government officials, who have been embezzling funds for years, to stand trial,” Amer Hargan, the leader, told the crowd.

The crowd marched through the streets after his sermon.

The Reuters news agency put the number of protesters present at around 3,000 while the AFP news agency said the it was closer to 1,000 people.

Sultan Qaboos bin Said, the who has ruled Oman for 40 years, promised a $2.6bn spending package last Sunday after nearly two months of demonstrations all over the country.

Omani demonstrators have focused their demands on better wages, jobs and an end to corruption.

Many are angered by the state’s perceived unwillingness to prosecute ministers sacked for corruption in response to demonstrations in February.

Unrest in Oman has been on a relatively small scale, with dozens of protesters camping out in tents near the
quasi-parliament, the Shura council, in the capital Muscat.

A sit-in that had lasted for weeks in the industrial town of Sohar, the epicentre of Oman’s protest movement, was suppressed when security forces cleared road blocks and arrested hundreds for alleged acts of vandalism.

Earlier this week Oman announced pardons for 234 people arrested during protests, but did not say when they were freed.

That job-generating measure, which will give $10bn to each country to upgrade housing and infrastructure over 10 years, was more than had been expected.

Qaboos has offered a series of job reforms, including a monthly allowance for the unemployed and pay rises for civil servants.

“I got a job last week in the private sector, but it is only 200 rials and that is not enough to look after myself.

Qaboos promised in March to cede some legislative powers to the partially elected Oman Council, an advisory body.

This means that only the sultan and his cabinet can legislate, but a transfer of powers has yet to be announced. 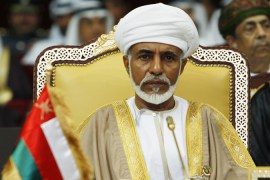 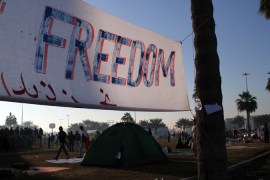 The new ‘disorder’ of hope

Gulf Arab states are being challenged to reform their political and social orders by a population high on hope. 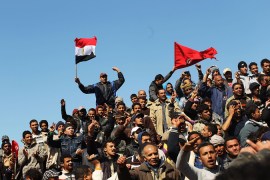 The nation state is ripe for change and people power offers new opportunities for mapping the future of the region.