Slim’s wealth grew by $20.5bn to $74bn, widening his lead over other billionaires, according to Forbes on Wednesday.

Bill Gates with $56bn was at the second place and investor Warren Buffett stood at third place with $50bn. French luxury-goods magnate Bernard Arnault was fourth with $41bn.

The Mexican’s wealth increased by 38 per cent from last year’s estimate of $53.5bn, which has been attributed to a rise in Mexican stock prices as well as successful mining and real estate projects carried out through his Grupo Carso conglomerate.

The number of billionaires in Asia’s booming new economies has displaced Europe, coming second only to the United States, Forbes said.

A total of 332 Asians made the list, as against Europe’s 300. Moscow, with 79 billionaires, racked up more berths on the list than any other city in the world.

The United States still has the lead in total number of billionaires, with 413 of the 1,210 on the list.

Son of an immigrant shopkeeper, he amassed a range of retail, industrial and telecom holdings and has ventured into oil, construction and infrastructure sectors.

A civil engineer by training, Slim has bought up troubled or government-owned companies of all types, fixed them and resold them for huge profits.

He is no stranger to controversy at home, where detractors accuse him of using political connections to kick-start his rise two decades ago. 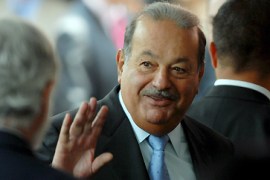 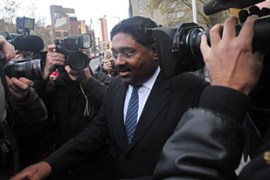 US billionaire indicted for fraud 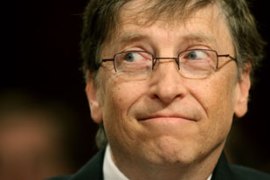 New York usurps Moscow as billionaire capital of the world, with London in second.