Iceland’s president has triggered a referendum on an updated plan to repay $5bn to Britain and the Netherlands following the collapse of the country’s online Icesave bank in 2008.

If the referendum is successful, the money will be used to repay the two countries’ governments for reimbursing 400,000 of thier citizens who lost savings when Landsbanki, Icesave’s parent, collapsed late in 2008.

It is the second time in just over a year that Olafur Grimsson has vetoed an Icesave deal and demanded that the decision as to whether any deal is accepted is put to the people.

A total of 44 members of the 63-seat parliament backed the new repayment plan earlier this week and Johanna Sigurdardottir, the country’s prime minister, said the president’s decision not to sign the bill into law was “disappointing”.

Grimsson said on Sunday that the new terms thrashed out over months of negotiation were better than a previous deal rejected by Icelanders last year.

However, he said it was fundamental that “the people exercised legislative power in the Icesave dispute”.

“I have, therefore, decided in accordance with Article 26 of the constitution, to refer the new bill to a referendum,” he said.

Steingrimur Sigfusson, the Icelandic finance minister, said the government would not resign if it lost the vote.

“There is no reason for that,” he said. “If the agreement is defeated in the referendum, we will address that question.”

A referendum will be held as soon as possible, but will not take place for at least a month.

Resolving the Icesave dispute has long been seen as necessary for Iceland’s plan to join the European Union and for getting the country’s economy back on its feet.

The government wants a deal, but there is deep resentment on the island. Many Icelanders believe it is unfair that taxpayers must foot the bill for mistakes made by private banks.

The Dutch government said the time had passed for talks over Iceland’s debts.

“We have passed the stage of negotiations, but it is not up to us how this situation in Iceland will advance. We are sure the Icelandic government will consider the new situation and we hope to hear from them soon,” Niels Redeker, a Dutch finance ministry spokesman, said.

Iceland’s financial meltdown caused the crown currency to collapse and sent the economy into a tailspin. The country had to be bailed out by the International Monetary Fund and others.

Strict capital controls were slapped in place to prevent an outflow of funds, keeping Iceland cut off from international capital markets and stunting its recovery.

Things have slowly been returning to normal, with interest rates dropping from around 18 per cent to 4.25 per cent currently and inflation under control.

The country has also taken steps to recapitalise its banking system and the central bank has been mulling its first international debt issue since the crisis. The economy is predicted to grow this year for the first time since 2008.

The passing of the Icesave bill is seen as another step towards normalisation.

The government has said the ultimate cost for Iceland under the current Icesave bill was likely to be no more than $425m, with Landsbanki assets covering the rest.

In a March 2010 referendum, an overwhelming majority of the country’s roughly 200,000 voters threw out an earlier payment plan, sending negotiations between the three countries back to square one and delaying economic recovery. 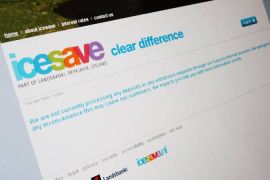 Iceland to reimburse UK and the Netherlands full amount of money paid to their citizens after collapse of bank in 2008. 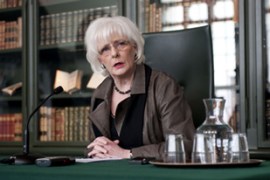 Voters reject government plan on repaying $5.3bn to UK and the Netherlands. 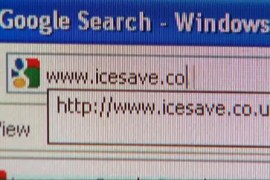 Referendum underway on repaying $5.3bn to the UK and the Netherlands. 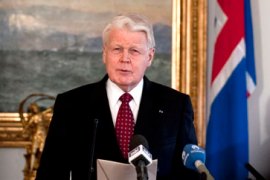 Iceland’s president sheds light on how his country is recovering from bank failure.