India’s government has “suspended” plans to open the nation’s huge retail sector to global competition, a key ally of the ruling coalition said.

The move to allow foreign investment by Wal-Mart and other supermarket giants in India’s estimated $470 billion retail industry was the first big reform to be announced since the government began its second term in 2009.

“(National finance minister) Pranab Mukherjee has informed me that the government is suspending the FDI issue until a consensus is evolved,” Mamata Banerjee, chief minister of West Bengal state, said in televised remarks on Saturday.

Mukherjee said he could not confirm Banerjee’s statement.

“Officially I cannot announce anything because parliament is in session. A government announcement will be made in parliament,” he told reporters.

Television reports quoted Banerjee as saying an announcement on the government’s intentions in the retail sector could come next Wednesday when parliament resumes sitting after a break.

Indian television quoted government sources as saying that Prime Minister Manmohan Singh’s Congress party-led coalition was not abandoning its liberalisation move but would seek broad agreement before proceeding
.
Anger over the reforms announced last month has united shopkeepers, trade unions, influential state leaders and lawmakers from opposition parties and from within Singh’s coalition.

Banerjee’s regional Trinamool Party is the biggest partner of the Congress coalition and key to its survival in parliament.

The Trinamool Party had objected to the government allowing international supermarkets into India, saying the move would swamp small family-owned stores which dominate the country’s retail landscape and throw people out of work.

The retail sector is India’s second-largest employer after agriculture.

“The (Congress) party welcomes all meaningful efforts to break the stalemate. In such a situation, a broad consensus is required,” Congress general secretary Janardan Dwivedi told India’s CNN-IBN network late on Saturday.

The retail furore has hamstrung parliament, threatening to derail the government’s legislative plans for the session including bills to broaden food subsidies as well as key anti-corruption legislation. 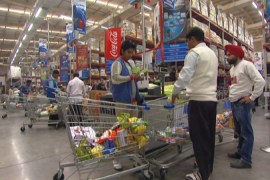 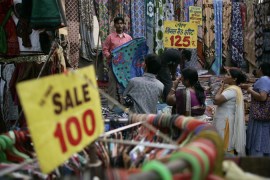