Belgian workers in public transport, schools, hospitals and government buildings have gone on strike in protest at pension reforms in the new government’s austerity plan to reduce the budget deficit.

The Belgian rail system stopped operating from late on Wednesday evening and other public services including buses, trams and the metro, as well as postal deliveries were shut down in the 24-hour strike.

High-speed international train services, including Eurostar which operates between Brussels, Paris and London, were already hit on Wednesday.

Thalys, which operates trains from Paris through Brussels to the Netherlands and Germany, said no trains would be running on Thursday.

The international airport serving Brussels said it did not expect any disruptions to air traffic, but advised travellers to check flight details regularly.

Many officials from European Union institutions headquartered in Brussels rescheduled travel earlier in the week to avoid the labour disruptions ahead of the Christmas break.

In the port city of Antwerp, only around one out of 10 buses was running.

“It’s a great success,” said Francis Wegimont, secretary general of the CGSP union in the French-speaking region of Wallonia. “Our members are determined and furious.”

The strike is the second show of union opposition to the two-week-old government’s cuts after some 50,000 Belgians took to the streets at the start of December.

Belgium’s new government is trying to raise the effective retirement age, currently averaging about 59 years, by raising the age at which workers can claim an early pension. The official retirement age is 65 years.

The pension reform is part of the 2012 budget plan to reduce Belgium’s public sector deficit to below the EU limit of 3 per cent of gross domestic product next year and to reassure investors that Belgium has its finances under control.

Ratings agencies Standard & Poor’s and Moody’s have both cut their ratings for Belgium in the past month, citing concerns about its high debt, slow economic growth and the cost of rescuing its financial sector, notably banking group Dexia. 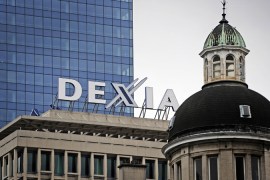 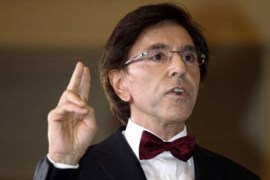 Country’s first native French-speaking premier in decades leads coalition, which was formed after 18 months of deadlock. 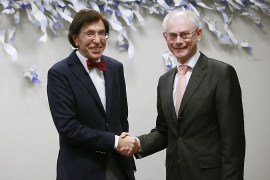