The UN Security Council has lifted sanctions on Libya’s central bank, freeing more than $40bn to help the new government rebuild the country.

The UN on Friday ordered assets of two Libyan banks that had been under the control of former leader Muammar Gaddafi to be unfrozen.

The United States immediately followed the move by announcing that it would unblock more than $30bn in assets of the Central Bank of Libya and its subsidiary, the Libyan Foreign Bank (LFB).

The White House said it had “rolled back most US sanctions on the government of Libya”, unlocking virtually all Libyan government assets within US jurisdiction.

Meanwhile in the UK, British foreign secretary, William Hague, also confirmed that his government would immediately act to free about  $10bn held in Britain.

The easing of the sanctions “marks another significant moment in Libya’s  transition”, Hague said in a statement.

The Security Council froze the assets of five key Libyan financial institutions earlier this year, following the uprising against Gaddafi’s 42-year rule and his deadly crackdown on protesters.

Libyan Prime Minister Abdurrahim  al-Keib and National Transitional Council (NTC) leader Mustafa Abdel Jalil said the release of funds was “essential for the economic stability of Libya”, in a joint letter sent to the council to plea for the freeze to be ended.

The US defence secretary Leon Panetta arrived in Libya on Saturday to meet al-Keib and the Libyan defence minister Osama Al-Juwali.

Speaking ahead of his visit, he acknowledged the challenges ahead.

“Standing back, it seems they are working through some very difficult issues,” Panetta told reporters.

A global arms embargo and an assets freeze on Gaddafi’s family and associates remains in place, along with financial institutions including the key Libyan Investment Authority sovereign wealth fund.

Fighting essentially ended in Libya when Gaddafi was killed in October and the UN Security Council authorised the release of about $18bn to help the government’s cash flow crisis. But by late November only about $3bn of that had been made available to Tripoli because of the legal problems.

Libyan officials say the country, despite its oil wealth, desperately needs money to pay for services and get the post-Gaddafi economy moving again.

Libya generates substantial revenues from oil exports, but these were halted by the conflict and are taking time to restore, leaving a hole in government finances.

Libyan officials say they expect oil output will return to normal levels of around 1.6m barrels per day by the end of 2012. 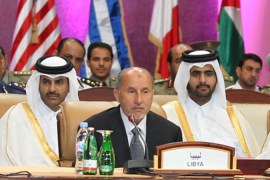 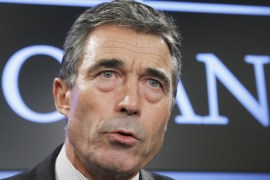 Alliance agrees to end seven-month military campaign despite appeal from Libya’s new leaders to stay until end of year. 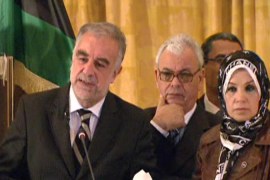