The World Economic Forum on Tuesday said that Hong Kong, a semi-autonomous Chinese territory, had jumped from fourth to first due to its strong scores on non-banking financial services such as initial public offerings and insurance.

New York’s Wall Street and the City of London, which are struggling to recover from the global financial crisis, slipped on lower scores for financial stability.

“Hong Kong’s ascent to the top of our index marks a major milestone,” said Kevin Steinberg of the World Economic Forum.

It is the first time since the Geneva-based World Economic Forum began the survey four years ago that neither the US nor the UK has placed first on the list.

Among the top 20, Japan moved up to eighth place while Malaysia climbed one spot to 16th. South Korea jumped six spots to 18th place while China, treated as a separate entity to Hong Kong, rose three places to 19th.

The index looks at long-term measures to support financial system development and is aimed at helping economies identify areas for reform. 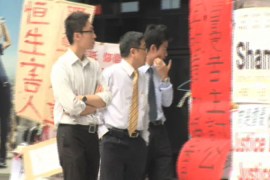 With banks scaling back, fears grow that regional economic powerhouse might slide into recession. 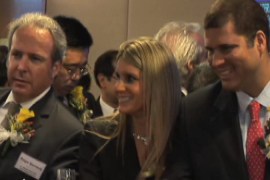 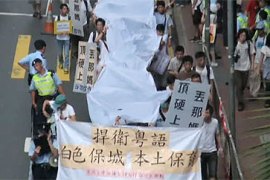 Protesters rally against what they see as Beijing’s bid to replace Cantonese dialect.