An overnight assault by Taliban gunmen and suicide bombers on a major hotel in Kabul has ended with the killing of the attackers by security forces and the deaths of at least 10 civilians.

“All eight suicide bombers and the terrorists were killed. The operation has ended now and the area is being cleared.”

“We have unfortunately 10 victims of the incident, eight of them civilians and two of them police officers,” Sediqqi added.

Earlier, Mohammad Zahir, the head of the Kabul police crime unit, told the Reuters news agency that those killed included members of the hotel staff.

The NATO-led coalition in Afghanistan said two of its helicopters fired on and killed three fighters on the roof of the Hotel Inter-Continental Kabul, which came under attack overnight on Tuesday.

Sediqqi said lights were back on at the hotel after it was plunged into darkness during the five-hour-long raid. Images of the attack showed smoke and flames rising from the roof of the building.

“The police are still searching room by room to see if there are any casualties or any threats,” Ayoub Salangi, Kabul’s police chief, told reporters.

Zabiullah Mujahid, a Taliban spokesman, claimed responsibility for the attack in a telephone call to the press.

The Inter-Continental, situated on a hill overlooking Kabul, is a favourite spot for foreigners in Afghanistan and Afghan government officials. The hotel itself has not been affiliated with the InterContinental Hotel group since 1980.

Al Jazeera’s Bernard Smith, reporting from Kabul, said it was “relatively easy” to get onto the premises, despite there being four separate security checks on the road leading up to the hotel entrance.

“Despite the security checks it’s on a hill and is surrounded by a wooded land and anybody with the wherewithal could easily leap over a fence and walk up the hill without going up the main road,” he said.

Guests staying at the hotel included many provincial officials from around the country who were in Kabul for a conference on the handover of power from foreign to Afghan security forces.

“This happens – possibly coincidentally – as a two-day conference here in Kabul is due to start tomorrow, with people coming from across Afghanistan to talk about the transition – the taking over of the security responsibility by the Afghan security forces,” said Smith.

After several explosions, attackers entered the hotel late on Tuesday and made their way to the ballroom, a hotel receptionist told Reuters.

Some carried tape recorders playing Taliban war songs and shot at anyone they saw. Guests jumped from second and third floors to escape, the receptionist said, asking not to be identified.

Local police sources told Al Jazeera that the attackers entered the hotel after a firefight. At least one of them detonated himself, they said.

Bystanders were ordered to lay down on the ground for their own safety as the Afghan police battled the attackers with machine guns and other weapons.

Rocket-propelled grenades and tracer rounds could be seen and heard during the attack. Reporters at the scene said they could hear bursts of gunfire and shooting from the roof of the five-storey building.

Zaman said there were 60-70 guests at the hotel, and that he had seen the bodies of two suicide bombers at the main entrance to the hotel.

Bette Dam, an independent journalist who was at the scene, told Al Jazeera that gunfire had gone on for “hours after hours”, and that she had seen rocket-propelled grenades being fired.

She reported hearing two loud explosions at the site, though it was unclear what caused them. She described the attack as “very coordinated”.

Attacks in Kabul have been relatively rare, although violence has increased since the May 2 killing of Osama bin Laden, the al-Qaeda chief, in a US raid in Pakistan and the start of the Taliban’s annual spring offensive. 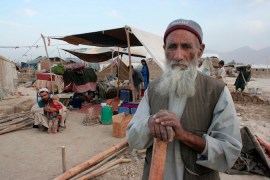 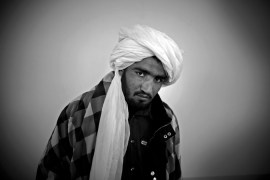 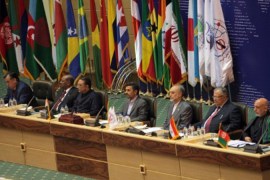 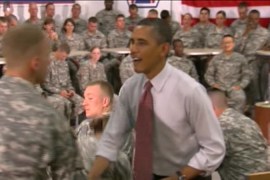