Eurozone finance ministers have postponed a final decision on extending $17bn in emergency loans to Greece, until it introduces further austerity measures.

The ministers said on Monday that they expected to pay the next tranche of a $157bn bailout package, backed by European Union and the International Monetary Fund, by mid-July.

Greece has said it needs the loans by then to avoid defaulting on its debt.

Keeping up their pressure on Athens, where public opposition to austerity has been growing, the ministers insisted that disbursement would depend on the Greek parliament first passing laws on fiscal reforms and selling off state assets.

“To move to the payment of the next tranche, we need to be sure that the Greek parliament will approve the confidence vote and support the programme, so the decision will be taken at the start of the month of July,” Didier Reynders, Belgian finance minister, said after the meeting in Luxembourg.

Jonah Hull, Al Jazeera’s reporter in Luxembourg, said the decision was sending a message to Greece.

“If they want to continue getting money from the eurozone they have to help themselves and enact these stiffer austerity measures and privatisation to raise money on their own behalf.

“Also there’s a message for the financial market, which is extremely jittery at the moment, to say ‘look we are not just throwing good money after bad in helping Greeks but we are also trying very hard to keep their message on target in terms of bailout’.”

The eurozone move came a day after George Papandreou, the Greek prime minister, urged his people to support deeply unpopular austerity measures in order to avoid a “catastrophic” bankruptcy.

Addressing the Greek parliament, at the beginning of three days of debate leading up to a crucial parliamentary confidence vote on his new cabinet, he appealed for the nation to accept tax hikes, spending cuts and privatisation plans.

Papandreou said the country’s problems would not be solved by asking the IMF to leave.

He said the country needed to be united on this issue, and called on the opposition to “stop fighting in these critical times, stop sending the image that the country is being torn apart”.

“Showing that we are split is not helping us at all,” he said.

Tim Friend, Al Jazeera’s reporter in Athens, said: “The parliament voting is absolutely crucial because without this the Greek prime minsiter can’t even get as far as getting an approval for the austerity package.

“The ruling party believes they can win the vote on Tuesday but they have a slim majority.”

Facing public protests and dissent in his Socialist party, Papandreou reshuffled his cabinet last week and called a confidence vote for next Tuesday in an effort to push his reforms through the legislature this month.

Even then, the protests have continued outside the parliament against the proposed austerity measures. More than 10,000 people gathered on Sunday, chanting “We won’t pay! We won’t pay!”

Riots erupted on the streets of Athens last week against the new round of austerity measures being demanded by the EU and the IMF.

“The problem for the politicians here is they’re being dictated to by the International Monetary Fund and events now taking place elsewhere in Europe with the eurozone finance ministers.

“They are the ones now calling the shots. The Greeks really are having to simply comply and do what they say.”

Antonis Samaras, the main opposition leader, has called on Papandreou to step down to pave the way for elections and renegotiation of the bailout.

“Why is the government insisting on us supporting the mistake? It does not want consensus but complicity,” Samaras said.

The cabinet hopes to push the austerity package through by the end of June, but weeks of public rallies have created political uncertainty and scared investors who fear public rage may weaken the government’s resolve.

Papandreou said the new Greek government would “correct injustices” that he said emerged with the implementation of the bailout deal, adding that he was ready to talk to the opposition regarding the issue of taxes.

He also called for a referendum to be held in the autumn on constitutional changes.

In a statement issued after a seven-hour meeting that ended in the early hours of Monday morning, the eurozone ministers announced they would put together a second bailout of Greece, which missed debt targets in the first rescue plan by big margins.

The new plan, to be outlined by early July, will include more official loans and, for the first time, a contribution by private investors.

According to this, private investors will be expected to maintain their exposure to Greece through voluntary purchases of new bonds as existing ones mature.

The statement did not say how large the new bailout would be, or give details of the private sector contribution beyond describing it as “substantial”.

Eurozone official sources told the Reuters news agency that the new plan is expected to fund Greece into late 2014 and total about $170bn: up to $85bn of fresh official loans, $42.5bn from the private sector, and $42.5bn from Greek privatisation proceeds.

The euro fell moderately against the dollar in early Asian trade on Monday because of the delay.

Concerns that the crisis is spreading beyond Greece’s borders were amplified by Moody’s warning on Friday that it may downgrade Italy’s credit ratings. 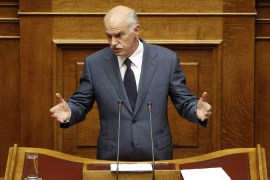 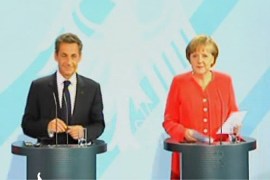 France and Germany agree on aid for Greece

Leaders of European economic powerhouses say they are united behind a new bailout package. 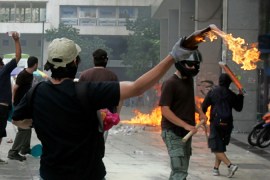 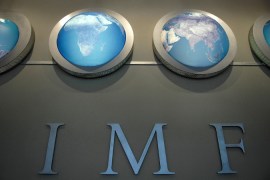 The International Monetary Fund says debt-ridden countries are “playing with fire” unless debt is reduced.