Muhammad Yunus, the Bangladeshi Nobel laureate, has launched a legal battle against his removal from the post of managing director of the pioneering microlender Grameen Bank, which he founded, according to his lawyers.

The filing came a day after the central bank ordered him out of his post at the bank on the grounds that he had overstayed as head of operations in violation of the law.

The court was to hold a formal hearing later on Thursday.

Yunus, 70, set up Grameen Bank and has been its managing director since 2000.

Lauded abroad by politicians and financiers, he has been under attack from the government of Hasina Wajed since late last year, after a Norwegian documentary suggested that Grameen Bank was dodging taxes.

Yunus has denied any financial irregularities, and Grameen Bank has said Yunus will remain in his post.

The government owns a 25 per cent stake in the bank, while the remainder is owned by its borrowers. 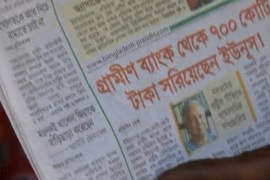 The power of microfinance

Small loans can bring big changes in the lives of the poor. 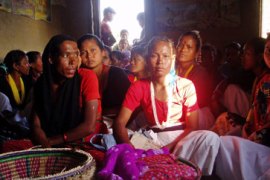 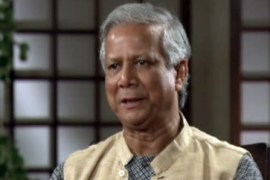 The founding force behind micro-credit talks to 101 East.