The Greek prime minister has reshuffled his government, with the apparent aim of speeding up the economic revival of the country, which had been on the brink of bankruptcy.

The new government has 48 members against 36 previously.

Petalosis also said that Haris Pampoukis, a minister of state, would be “in charge of investments,” while another stalwart, Michalis Chrysohoidis, the public order minister swapped his portfolio for the economy and competitiveness ministry.

Chrysohoidis is credited with securing Athens’ bid to host the Olympic games in 2004.

His predecessor in the economy and competitiveness ministry, Louka Katseli, had attracted criticism during his tenure, and was given charge of the work and social welfare ministry.

Last week, Papaconstantinou said that the Greek economy, mired in a deep recession and struggling to right its strained public finances, may do better than expected this year.

The European Union and International Monetary Fund put together a $140bn rescue package for Greece in May after the government could no longer raise fresh funds from the financial markets at a sustainable price in order to meet its debt and payment obligations.

In exchange for the bailout, Athens agreed to sweeping economic reforms and a series of spending cuts and tax increases which sparked protests across the country, including six general strikes.

The Greek socialist government wants to reduct the deficit, which reached nearly 14 per cent of output in 2009, to less than 3.0 per cent in 2014 – below the limit required by the eurozone. 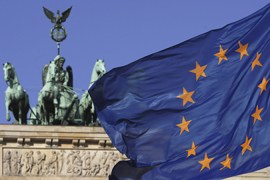