Dubai’s ruler has replaced the head of Dubai World with his close aide and uncle as the debt-laden conglomerate works to revamp its business.

The appointment was announced in a decree carried by state media on Sunday.

The order also reshuffled the rest of the company’s board, giving seats to senior lieutenants of Dubai’s ruler who are charged with cleaning up the emirate’s financial troubles.

Among them are Mohammed al-Shaibani, director of the Ruler’s Court, the seat of executive power in the emirate, and Ahmed Humaid al-Tayer, who heads the Dubai International Financial Centre banking hub.

Sheik Ahmed replaces as chairman Sultan Ahmed bin Sulayem, who headed Dubai World’s rapid growth but also oversaw the accumulation of what turned out to be unmanageable levels of debt.

He also holds multiple roles in Dubai, and is best known as the chairman and CEO of Emirates, the city-state’s rapidly expanding international airline, and is president of Dubai’s civil aviation department.

Dubai World’s new board will have the power to approve asset sales, including real estate, stocks, bonds and other holdings, according to the decree.

Dubai World is at the centre of the emirate’s financial troubles, which erupted late last year when the company called for new terms on billions of dollars of debt it owed. The surprise announcement and the uncertainty that followed rattled markets all over the world.

The company has since taken steps to get its finances in order, and won full support from creditors for its $24.9bn debt restructuring in October following months of negotiations.

Nakheel, its subsidiary and the property developer that spent billions to build Dubai’s many manmade islands, is in separate talks to re-negotiate terms on at least $10.5bn in debt it owes. 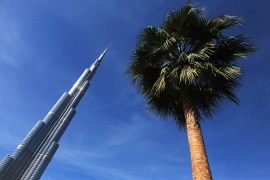 We look if Dubai is really back on track after the debt crisis, plus the Paris motor show. 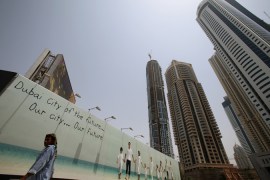 Struggling state-run conglomerate announces it has won over nearly all its creditors to debt restructuring plan. 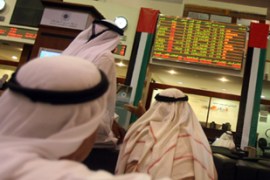 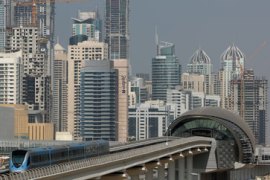 Government to pump $9.5bn into conglomerate and repay creditors over next eight years.