Tens of thousands of demonstrators have protested against the Irish government’s proposed cutbacks, aimed at slashing the country’s budget deficit to meet the terms of a multi-billion dollar bailout for its devastated economy.

Saturday’s rally followed an announcement from Brian Cowen, the Irish prime minister, of a four-year package to cut spending, raise taxes and axe thousands of state jobs, the toughest budget measures in the nation’s history.

Cowen acknowledged that living standards will fall, but insisted action was needed to tackle a 2010 deficit running at 32 per cent of GDP, the highest in Europe since World War II.

His government will unveil an emergency annual budget on December 7, which must be passed to allow an $113bn loan from the European Union and the International Monetary Fund.

Ireland’s Congress of Trade Unions, an umbrella group representing labour unions with about 832,000 members, said the protest in the Irish capital, Dublin, was a final chance to influence the budget.

“It’s difficult to see any justification, either economic, social, or indeed moral, for what the government proposes to do, and we’ll oppose them in every way we can,” David Begg, general secretary of the group, said.

Al Jazeera’s Andrew Simmons, reporting from Dublin, said: “There’s a lot of anger in Ireland, but the Irish have a different way of expressing themselves than protesters in Greece.”

Mullen said: “[The protest gives] a clear message to government that the austerity measures they’re proposing are not acceptable and that they have to go back to find a better, fairer way to address Ireland’s economic problems.

“The government is trying to cut itself out of a recession and no one has ever done that before.

“There is no proposal in the government’s plan to create jobs, or growth which will be necessary to turn this economy around.”

Jack O’Connor, the head of Ireland’s biggest union, Siptu, said the collapsed economy was “the result of allowing speculators, bankers and developers to run riot, pillaging and ruining our economy”.

The country’s national sovereignty was at stake as a result of the government’s policies, he said.

Cowen’s 2011 budget will seek $6bn in spending cuts and to raise an extra $2bn in taxes.

Though he is expected to have the plan endorsed at Ireland’s parliament, Cowen’s governing Fianna Fail party lost a special election on Friday, reducing the government’s majority.

The embattled prime minister vowed to call a national election after the 2011 budget is passed into law. 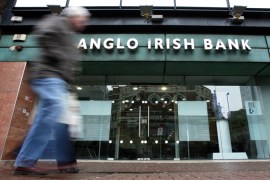 Debt-ridden country aims to save $20bn, enabling it to receive a bailout package from the EU and IMF. 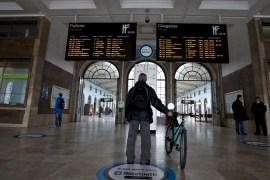 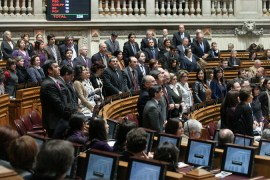 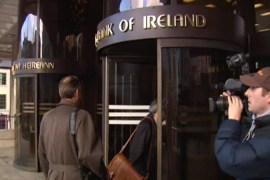