Corruption has always been a big problem in Indonesia, and it seems that the issue runs deep, even in prisons.

In the latest scandal to shock the country, a detained tax official – on trial for corruption involving millions of dollars – was photographed at a tennis tournament in Bali wearing a wig and glasses. After days of denial, he admitted that he had taken a holiday from prison.

Susilo Bambang Yudhoyono, the Indonesian president, has made combating corruption one of his main priorities. But he says he cannot interfere in the legal system.

A special team established by him has announced plans to improve the system, but as Al Jazeera’s Step Vaessen reports from Jakarta, so far no concrete steps have been taken to stop wealthy detainees from taking a break from prison. 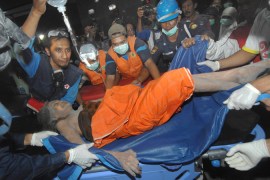