General Motors has raised $20.1bn through an initial public offering, having priced its shares at the top of the proposed range in response to huge investor demand.

Including an option that would allow underwriters to sell more shares, expected to be exercised in coming days, GM looks set to raise $23.1bn, making it the biggest initial public offering ever in US history.

GM will be reborn as a public company on Thursday, ending the US government’s role as majority shareholder.

The stock will begin trading on the New York and Toronto exchanges, and underwriters expect the shares to gain 10 to 20 per cent on the first day.

The strong response to the stock sale reflects investor confidence that GM is moving beyond its unpopular, taxpayer-funded bankruptcy in June 2009 with sharply lower costs and higher profit potential.

The US government’s stake in GM will drop to about 33 per cent from 61 per cent if all available shares are sold.

The success of the IPO is good news for the Obama administration, which faced criticism for bailing out GM.

“General Motors’ IPO marks a major milestone in the turnaround of not just an iconic company, but the entire American auto industry,” Barack Obama, the US president, said in a statement.

Automobile industry executives and analysts said the reversal in Wall Street sentiment towards GM pointed to renewed confidence in an industry that was hit hard by the credit crisis of 2008.

That is a positive sign for a range of companies, including Chrysler, that are looking to tap the credit and equity markets in coming months, analysts said.

Bob King, United Auto Workers president, whose union stands to earn $3bn from the IPO for an affiliated trust fund for retiree healthcare, said GM’s factory workers had an interest in seeing its shares perform well.

“The higher that stock price is, the more money General Motors has got to invest in products, new facilities,” King said.

More than 20 per cent of the IPO – or more than $3bn worth of stock – went to individual investors, making it the largest retail placement ever in value terms, a source said.

Chinese state media said Shanghai Automotive Industries Corp [SAIC], GM’s partner in China, will also buy a one per cent stake in GM to the tune of $500m. 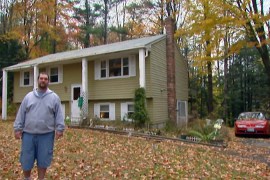 US foreclosures under scrutiny 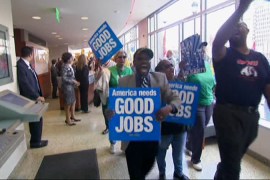 Wealth gap between rich and poor Americans has grown larger, as many struggle to stay afloat in the recession.