World leaders, including those of the US, Russia and China, are in the Japanese city of Yokohama for a meeting expected to focus on free trade, following closely on the heels of the G20 meeting in South Korea, which was overshadowed by currency disputes.

The delegates are expected to discuss a collective growth strategy – a first for the 21-member Asia-Pacific Economic Co-operation (Apec) group. The talks, starting on Saturday, are expected to concentrate particularly on a US-backed plan for an ambitious regional treaty, known as the Trans-Pacific Partnership (TPP).

Ahead of the summit, Barack Obama, US president, defended his economic recovery policies and said he had never been more confident in what the United States had to offer, despite criticism that its slow rebound is a sign of waning US might as regional giants rise.

“Yes, the challenges that remain are great. There will be setbacks and disagreements and we won’t solve every issue in one meeting or one trip or even in one term,” said Obama.

The TPP is seen as a vital building block for a Free Trade Area of the Asia-Pacific (FTAAP), which could ultimately link economies from China to Chile and the US.

So far, however, the TPP has just four official members: Brunei, Chile, New Zealand and Singapore. The US is now in talks to join the group, as are Australia, Malaysia, Peru and Vietnam.

Since his arrival in Yokohama, Obama has tried to encourage regional leaders to open up their markets to US exports.

“We don’t want to lose the opportunity to sell our goods and services in fast-growing markets,” the US president said.

China, which overtook Japan as Asia’s biggest economy this year, has not made a decision over whether it wishes to sign up.

Beijing “is actively studying [the TPP] with interest”, Cheng Yonghua, the Chinese ambassador to Japan, told the Nikkei newspaper recently.

The Japanese, meanwhile, are divided over the prospect of their government joining the group. More than 3,000 demonstrators rallied against such a possibility on Wednesday.

The Japanese government is also divided. The country’s trade ministry in favour of the pact while the agricultural ministry is opposed, fearing the impact of cheap imports on farmers.

Naoto Kan, the Japanese prime minister, says his country is “lagging behind” in terms of free trade and has promised to open up its economy to Asia and the world.

“Many countries in the world, especially in this Apec region, are proactively opening up their countries to establish free trade areas by sealing economic partnership agreements,” Kan said on Saturday.

“Our prosperity is connected with the world. Especially we have to grow with the fast developing economies of Asia-Pacific. Without that connection we can’t count on our prosperity.”

Just hours before the start of the Apec summit, Obama cautioned that major economies should not rely on exports to the US.

“One of the important lessons the economic crisis taught us is the limits of depending primarily on American consumers and Asian exports to drive economic growth going forward countries with large surpluses must shift away from an unhealthy dependence on exports and take steps to boost domestic demand,” he said.

“As I said going forward no nation should assume their path to prosperity is simply paved with exports to America.”

Al Jazeera’s Rosiland Jordan, reporting from Yokohama, said there was no sign that the US and China were coming any closer to reaching an understand over currency and trade issues.

“What you’ve been hearing from Obama is perhaps a more aggressive [effort] of US efforts to defend their domestic economy and to defend their ability to export products to other countries,” she said.

“This is also a situation where you’re not really seeing much in the way of other countries supporting the US efforts to try to get China to let its currency, the yuan, float in the global currency marketplace.”

John Sakowicz, a host of the California radio show The Truth About Money, said that Obama’s criticism of China’s currency policy has no credibility.

“The first day of quantitative easing was a failure, and here’s Obama beating the drum that the members of Apec should rally against China.” 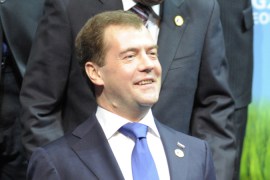 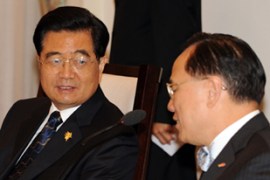 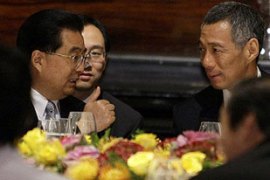